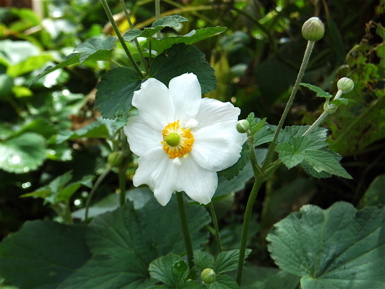 Twelve years ago when my nephew Nicky was just a little older than my boys are now (nearly 7 years old) he dug out a bit of his favourite flower, the Japanese windflower, and gave it to me and Ian because he was so sad to be moving away from his garden in Katoomba. For twelve years I’ve doggedly tried to keep this struggling little plant alive, thinking of him every time I looked at it. It has moved house with us and, finally this year, it blossomed for the first time. I’m so glad I didn’t give up hope – it is so incredibly beautiful.

I spent a glorious morning in the garden and quite amazed by how many cherry and tigerella tomatoes have actually managed to ripen. The tigerellas are brilliant – grown from heritage seeds (thank you Nada) and small enough to ripen but big enough to slice for sandwiches. They’re perfect for Blackheath and extremely attractive order diflucan with their striped skins. Oscar helped me pick and likes to call them tigers. 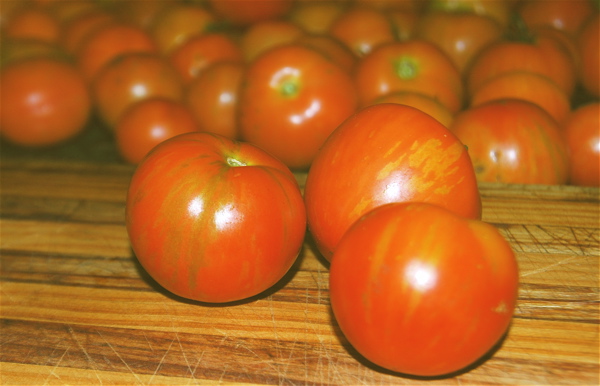 Because the crop was so huge, and because I now have the personal action target to meet every day, I decided to have a go at bottling my “glut”. When my grandmother died I kept some of her bottling jars because they were a great size to use as vases. In the back of my mind I often thought it would be lovely to try and bottle fruit like she did but it’s always seemed like too big an effort when food is so easily and readily available. In recent months, however, the thought has moved from the back of my mind to the forefront of it – partly because of rekindled self-sufficiency fantasies that see me surviving through winter on the preserved produce from summer (I’d last about a week I reckon), partly to help do my bit to reduce packaging and transporting miles that add to carbon emissions, but also more recently because I was very disturbed to read that many cans now (including beer, fish and tomatoes) are actually lined with plastic. Independent laboratory tests have found a toxic food-can lining ingredient associated with birth defects of the male and female reproductive systems in over half of 97 cans of name-brand fruit, vegetables, soda, and other commonly eaten canned goods. The study was spearheaded by the Environmental Working Group (EWG) and targeted the chemical bisphenol A (BPA), a plastic and resin ingredient used to line metal food and drink cans. There are no government safety standards limiting the amount of BPA in canned food.

My biggest stumbling blocks to starting bottling were the belief that I needed to buy a whole Vacola bottling kit to even start (worth hundreds of dollars), and also that I had absolutely no idea how to go about it. Nada dispelled the myth that you needed the whole kit, so Ian, also a closet bottling fantasist, dashed down to the hardware store to buy lids, rubbers and clips that would fit the bottles we had. Nada then came around this evening to show us what to do. 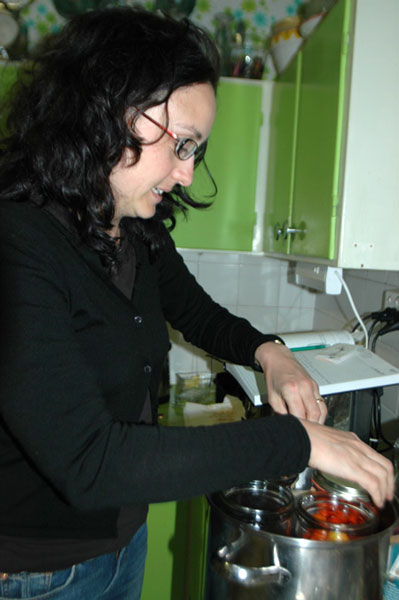 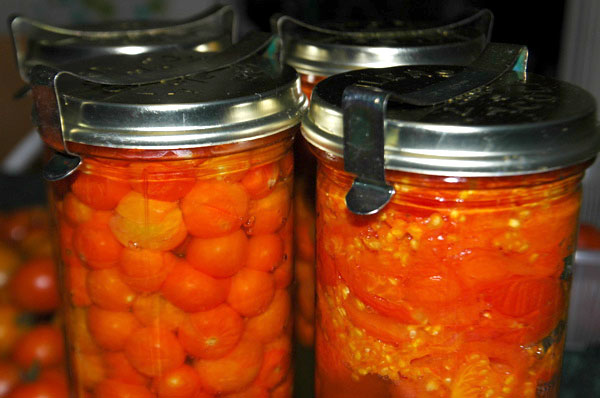 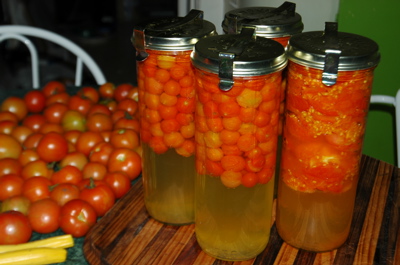 Without having made the commitment to this blog I’m certain I wouldn’t have pursued this but now I’m absolutely ecstatic to have made a fantasy into a reality. The boys had a lesson in what people did “in the olden days” and got a clearer understanding of how food comes to the plate, and I can now think of my grandmother whenever I look at my tomatoes, as well as Nicky when I look at the windflowers.

This poster by Matilda Graphics, hangs in my kitchen and was my main tool to persuade the boys to eat veges … the power of art!

On the political front, I could argue that “growing my own grassroots defiance” is about as political as I could get! Nevertheless, I also attended Ruth Rosenhek’s presentation in Katoomba on Climate Change, Despair and Empowerment. There was a good roll-up and 5 more people want to commmit to A Year in a Day – it’s exciting to be up and running. Ruth began her presentation by quoting Viktor Frankl – a concentration camp survivor. He said that the people who didn’t survive the camps were people who were under the delusion of reprieve, believing that somebody would come to rescue them. In reality we all need to take responsibility and act – there is no-one who will do it for us.