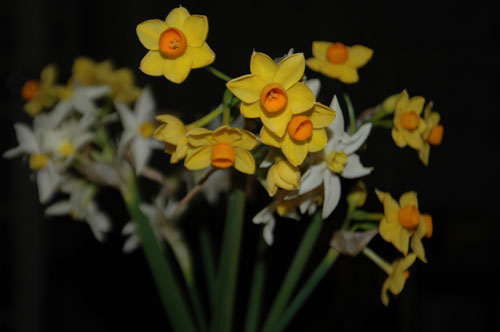 Wow this flu has been a doozy! Late night blogging has been out of the question as I’ve attempted to recover. Two things that have helped the most have been sunshine and flowers. Flowers are one of the barometers in my life – if I have fresh flowers in the house I know I’m remembering to reserve a place for beauty. They also mean that I’ve made time to go out into the garden and smell the ‘roses’ and, when I’ve been struggling with flu, they help to cheer me up because they remind me of sunshine.

I sometimes forget the importance of sunshine and how happy it can make me feel. Yesterday I moved my office from the dark southern part of the house to a northern verandah room that had, ridiculously, been wasted on storage. This little room is a perfect suntrap in winter which means I can reduce the amount of heating I need – at least on sunny days. It took a bit of time relocating everything and I’ll have to move again in the heat of summer but it makes sense to follow the seasons rather than staying ‘stubbornly put’ in the same room winter and summer. The effort was immediately forgotten when, as my reward, I was able to sit back

and lap up the warm sunshine streaming in the window.

I suppose the sun is even more appealing because the winter has been so bitterly cold. Just my luck considering that I decided to try and grow food all year round for the first time ever. So what exactly has managed to survive the frosts and snowfalls?

I’m quite surprised really. With minimal effort we’ve been successfully growing broccoli, silverbeet, brussel sprouts, spring onions, lettuces, coriander, mustard greens, and, under a tree, parsley, mint and lemon thyme. The leeks, parsnips, broadbeans and peas are growing, but nowhere near harvest yet. 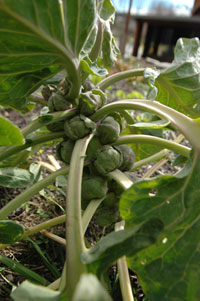 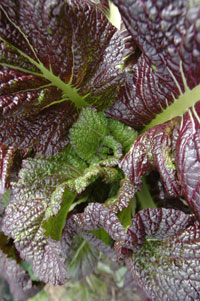 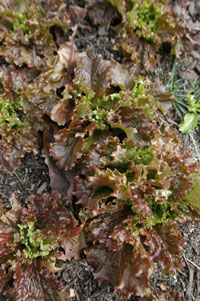 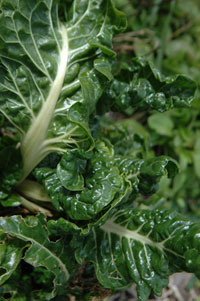 In this last week a number of my personal actions have involved ‘scrounging’. Scrounging has taken on a new sense of purpose because it means saving things from landfill and reducing the need to buy new. I’ve found old palettes from the hardware shop to build compost bays, rescued old bricks from a friend so that I can build garden walls, and gladly taken a whole chipped tree which I’ve used to create garden paths between which I’m going to build up vegetable beds. While on the theme of reuse, I’ve also bought old railway sleepers for building even more garden beds. 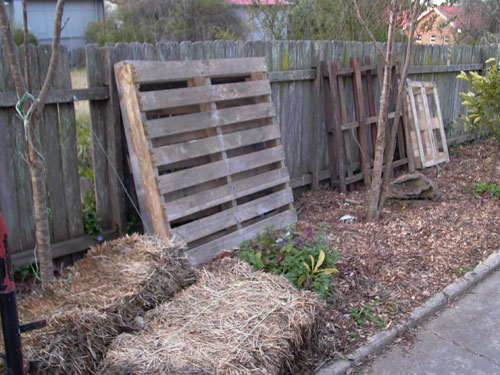 Another couple of personal actions have involved being an eco nazi with Ian. I niggled him to catch the train rather than drive to a work meeting and I refused to let him take a trailer load of stuff to the tip. I’m determined to sort through it and add things like cotton futon filling to the compost, lay cardboard down as the basis for new garden beds, and put old kids toys out for other people etc. 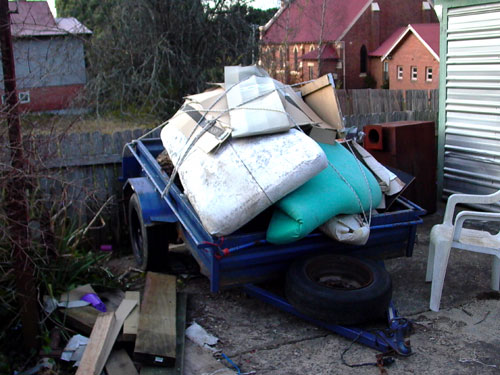 Another personal action was to take large plastic containers to the Co-op to buy bulk Envirocare dishwashing detergent. While there I bought organic garlic cloves to plant in the garden.

While on the subject of permaculture I’m getting really excited about doing a 6 week permaculture course with Rosemary Morrow, starting on the first weekend in September. Ro is one of the most inspiring people I’ve met and, as well as teaching permaculture here in the Blue Mountains, she’s also recently published an updated version of her book Earth User’s Guide to Permaculture

Even more importantly she’s worked overseas in many countries including Vietnam and Africa has been described in a Thai website with enormous respect:

Rosemary Morrow is a long-time Permaculture instructor from Australia. For the past 14 years she has worked extensively in Cambodia, Vietnam, India, and Indonesia. Rosemary played a large part in establishing Permaculture practices in Albania. She has recently worked in Afghanistan. Her dedication and service to farmers and villagers worldwide, as well as to people of war-torn nations is outstanding. Rosemary is author of ‘The Earth-User’s Guide to Permaculture’ as well as numerous other books.

On the political front I’ve been lobbying local and state government for the Mountains to be included in a WiFi rollout (free wireless Broadband access) so that more people are able to work from here, reducing the amount they have to travel and increasing options for things like video conferencing. I spoke at length to a man moving sand dunes after the flood at The Entrance – he was sceptical about whether global warming was manmade – I bet he regretted saying hello! I took part in a committee meeting for an Environment Summit being held in Katoomba on the 13/14th October and I gave two presentations – one at a Sustainability Forum in Kingswood and one to an Interagency Group in Lawson. I also posed questions to Malcolm Turnbull the Federal Environment Minister on a blog in the Daily Telegraph and I wrote letters to State and Federal Government about low carbon emission heating for schools.

But most important of all, Maxie and Oscar turned 7! and Maxie’s girlfriend, Mikayla, shared her birthday cake with them: 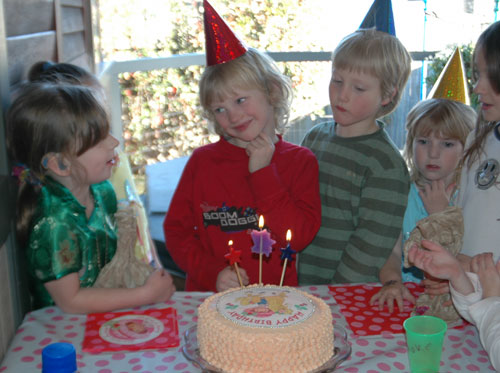 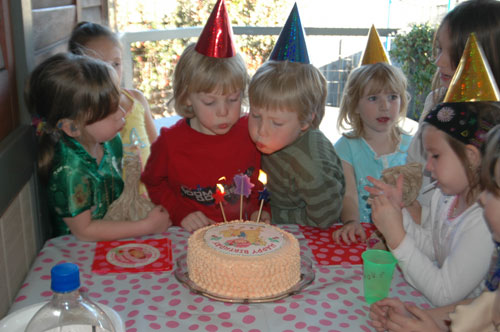 8 thoughts on “Sunshine on my shoulders makes me happy …”