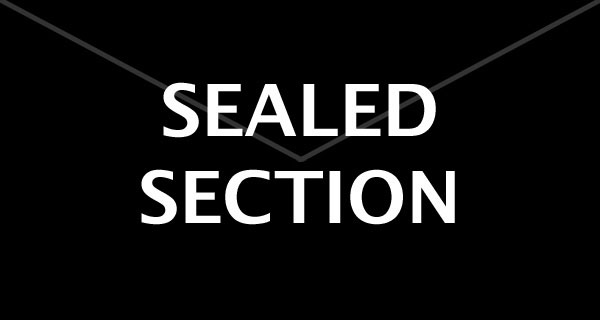 My mother would die if she saw these … 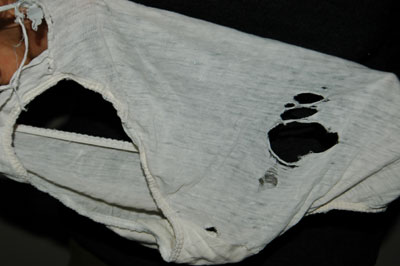 As a child my mother always told me to make sure my underpants were clean and in good shape in case I ever got run over by a bus! Well, if you need to develop a risk strategy for the future the chance of getting run over by a bus is rather small compared to the risks posed by a world that is rapidly warming. You can see why I may have been a bit sidetracked and perhaps not given my underwear the attention it deserved!

One of the causes of global warming is considered to be our rampant consumerism which is using up resources and energy. To counteract this groups around the world have been gathering to form local versions of The Compact.

Originating in San Francisco The Compact’s goals have been:

1) to go beyond recycling in trying to counteract the negative global environmental and socioeconomic impacts of U.S. consumer culture, to resist global corporatism, and to support local businesses, farms, etc. — a step, we hope, inherits the revolutionary impulse of the Mayflower Compact;

2) to reduce clutter and waste in our homes (as in trash Compact-er);

3) to simplify our lives (as in Calm-pact)

There are a number of exceptions to the “no new products” rule, like buying new underwear, food and medications.

Rachel, one of the original Compacters, writes about having a similar underwear issue to mine:

Last week I started thinking I should layer my holey underwear to create one whole pair. But it’s more of an art/ political piece w/ the symbolic “No Bush in 2004” pair on the outside (thanks, beth!).

She then decided against this and bought new underwear.

One of the dangers of being a blog zombie is that your own personal life can get very neglected until one day you wake up and think “Oh my goodness, what happens if I get run over by a bus today?”

– not quite the attitude you’re meant to have. So I continue with one new personal action a day, many of which are Compact inspired.

“In the Church of Stop Shopping we believe that buying is not nearly as interesting as not-buying. When you back away from the purchase, the product may look up at you with wanton eyes but the product dies quickly back onto the shelf and sits there, trying to get a life. The product needs you worse than you need it, remember that.”
–Rev. Billy

While reducing consumption is one part of the Compact’s aims, another is “reducing clutter and waste in our homes”. As I’ve mentioned in an earlier blog, this is a HUGE area for me that, until today, I hadn’t really begun to tackle – mainly because, like my underpants, the personal part of my life tends to get a little neglected.

Anyone who knows me groans when they think of my house. I’ve been one of the world’s worst hoarders, as you can see by my Moscow Olympics underpants c. 1980 … I’ve mentioned these before but noone really believed they existed. Well here they are: 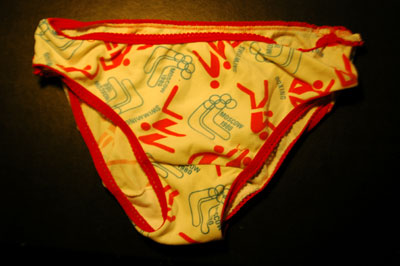 I’ve actually never really agreed with throwing everything out as some people do. To me, objects are laden with memories and help keep parts of your life alive. When my grandfather went into the nursing home he used to cry that he was losing all his memories because he was no longer surrounded by all the objects that retained memory for him. While I can see that too many objects make life more difficult at times, I’ve also always thought it a good idea to keep things in case you need them one day, and because they cost a lot more if you ever need to replace them.

I’m now coming around to a sort of mid-ground. One of the problems of keeping too many things is that I am, in essence, hoarding. While I’m hoarding objects, these objects are out of circulation and other people need to buy them new. I can see that it is better to share around if possible. Making secondhand furniture available, for example, means that people don’t need to buy illegally logged timber furniture from cheap Swedish Department Chains.

So, today, I finally took the plunge and tackled the front room of the house. I had hundreds of books collecting dust while chairs and bikes were piled so high none of them were accessible. Not to mention the uprooted tomato plants I’d draped over everything to get the last bit of ripening happening. Ian and I threw ourselves into the task with a vengeance and by the time the boys got home from school the room was clear and functional again. I’m going to use it as my seed saving/gardening room. As time is becoming more and more limited, the ensuing functionality dovetails beautifully with the third aim of The Compact – simplifying our lives (Calm-pact)

I’m now collecting the things that aren’t laden with memory and emotional significance for a massive garage sale.

As I hopefully reduce clutter and gain time I’ll be able to continue making things like the yoghurt I made for the very first time ever last night. Making yoghurt was a bit like collecting and cooking wild mushrooms to me. A bit scary because I didn’t want to eat anything that could possibly make me sick. Well the yoghurt was a snap and absolutely delicious – possibly the nicest yoghurt I’ve ever had. Another mother at the park explained very clearly how to do it. You simply boil up as much milk as you want to use. Let it cool to lukewarm then stir in a couple of tablespoons of pre-made yoghurt. Immediately put the mixture in a wide mouthed thermos or in a jar in a foam packing case and cover with blankets. You are trying to maintain the temperature for 6 hrs if possible. If you leave it longer the taste will get stronger apparently. After you unwrap it refrigerate for a few hours before gobbling it down. I mixed in some of my homemade rhubarb and apple jam and it was scrumptious.

I’ve now been 40 days and 40 nights in Blog Land. Looking back I’m quite amazed at what Helen and I have achieved by setting ourselves these targets. I personally would not have done any of the things without this blog and its goals. At the time I often thought different actions were too trivial to bother with but when you add them all up its quite awesome. We also now have 100 subscribers – welcome on board everyone and we’d love to hear in the comments section of anything you might be doing too. If everyone found three other people to join in we’d have our 365 people to create the action of A Year In A Day in no time. My political action today was to contact a number of American blogs to let them know about us – it would be great if the bloggers of the two countries with the highest emissions per capita in the world could connect and could put pressure on governments, business and communities to set targets and move ahead at the rate of A Year In A Day.

My political action yesterday was joining in with Helen and Gail to send a letter about the Anvil Hill Coal Mine. I used the easy click a button method via the Citizens Climate Campaign which you can join to get a political message each month:

“The Federal Budget contains some useful funding for environmental initiatives but it contains no commitment to reduce greenhouse emissions by 2020 and does not match the scale of the action required to tackle climate change” said ACF’s executive director Don Henry.
“In failing to develop a comprehensive climate change plan in this Budget the Government has missed an historic opportunity to channel the proceeds of the resource boom into creating a low emission economy.”
Clearly, political will is still lagging a long way behind scientific and public opinion.

You may remember receiving information from us (Message of the Month September 2006) about the proposed coal mine at Anvil Hill in the Hunter Valley. The NSW Government’s decision on this development is expected very soon.

Please send a pre-prepared email NOW to oppose Anvil Hill using the much simpler method we have developed. Just click on this link and put your name and address at the end. You can add comments of your own if you wish.

Some of you might like to consider joining the good folks of the Anvil Hill Alliance in a peaceful demonstration against the mine on the weekend of 2-3 June 2007.

Activities and entertainment will be happening all weekend, with a giant human sign that reads ‘Save Anvil Hill’ planned for Sunday 3rd June at midday. Please wear a blue shirt and bring blue ribbons or other blue things. There will be music, films, great cheap food (including vegetarian) and fun kids activities. There will be tours of the Anvil Hill site on Saturday and workshops on Anvil Hill, climate change and renewable energy.

You can come anytime after midday on Saturday and camp free on a private property right next door to the mine site. There will be toilets and cooking facilities provided. You can also stay in Denman, which is only 10 minutes away. It has a motel and hotels. Or you can come up on Sunday the 3rd for the day. You can either drive (less than 4 hours from Sydney), or be at Sydney Town Hall at 7am on Sunday where buses will take people to the site.

If you are coming please RSVP to: ben.pearson@au.greenpeace.org
Indicate which day you will come and if you will camp. If coming on Sunday please let them know if you will get there yourself or want a seat on the buses they will provide.

For information and a map, go to www.anvilhill.org.au