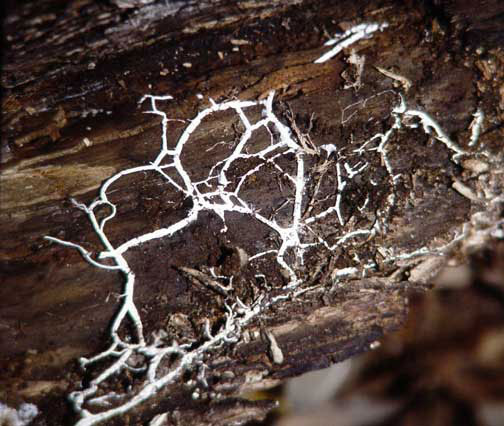 Every now and then it is possible to learn something so huge it can almost blow your mind away. Last year it was the severity of global warming. Today, in our permaculture class, it was finding out about Paul Stamets and his theory that mushrooms can help save the world. He describes mycelium as Nature’s Internet in his new book “Mycelium Running” because of the vast communication networks fungi form in forest ecologies. His work is also revolutionary because it potentially offers a future without pesticides, insecticides and a range of other manmade chemicals.

“Animals are more closely related to fungi than to any other kingdom. More than 465 million years ago we shared a common ancestry … As species emerged from aquatic habitats, organisms adapted means to prevent moisture loss. In terrestrial creatures, skin composed of many layers of cells emerged as a barrier against infection. Taking a different evolutionary path, the mycelium retained its netlike from of interweaving chains of cells and went underground, forming a vast food web upon which life flourished.”

After both of the last 2 massive extinction phases when the earth was shrouded in dust, fungi, able to survive underground and able to recycle debris fields, inherited the earth.

Stamets sees mycelium as the living network that manifests the natural intelligence imagined by Gaia theorists.

“The mycelium is an exposed sentient membrane, aware and responsive to changes in its environment.

Year round, fungi decompose and recycle plant debris, filter microbes and sediments from runoff, and restore soil. In the end, life sustaining soil is created from debris, particularly dead wood.

We have now learned that we must tread softly on the web of life, or else it will unravel beneath us.

… a single cubic inch of topsoil contains enough fungal cells to stretch more than 8 miles if placed end to end…. If you were a tiny organism in a forest soil, you would be enmeshed in a carnival of activity, with mycelium constantly moving through subterranean landscapes like cellular waves, through dancing bacteria and swimming protozoa with nematodes racing like whales through a microcosmic sea of life.”

Stamets has worked successfully in mycofiltration, mycoforestry, mycoremediation and mycopesticides. He has already shown, for example, that inoculating oil spills with mycofilters of select mushroom species, like oyster mushrooms, can eliminate toxic waste because the mushrooms absorb the oil and break down the hydrocarbon bonds. They can also prevent disease, such as infection from coliform or staph bacteria and protozoa and plagues caused by disease-carrying organisms.

Mycelial networks hold soils together and aerate them. In the wake of catastrophes, fungal diversity helps restore devastated habitats.

As ecological disrupters, humans challenge the immune systems of our environment beyond their limits. The rule of nature is that when a species exceeds the carrying capacity of its host environment, its food chains collapse and diseases emerge to devastate the population of the threatening organism. I believe we can come into balance with nature using mycelium to regulate the flow of nutrients. The age of mycological medicine is upon us.

The Editor of the Permaculture Activist has reviewed Stamets’ book and describes how it details and demystifies how to inoculate and successfully grow edible and medicinal mushrooms simply and without complication. It is full of information for those who like to eat and use mushrooms, including their medicinal qualities, cooking tips and methods of cultivation.

Bart Anderson, also in Permaculture Activist, writes about the views of Dr Elaine Ingham and the soil food web. She backs up Stamets passion for fungi:

“Bacteria dominate soils in early successional communities such as bare earth, weeds patches, and vegetable gardens. For flowers and most row crops, fungi and bacteria are in equal balance. Soils of late succession communities such as shrubs and trees are dominated by fungi … to build soil you have to encourage fungi.” 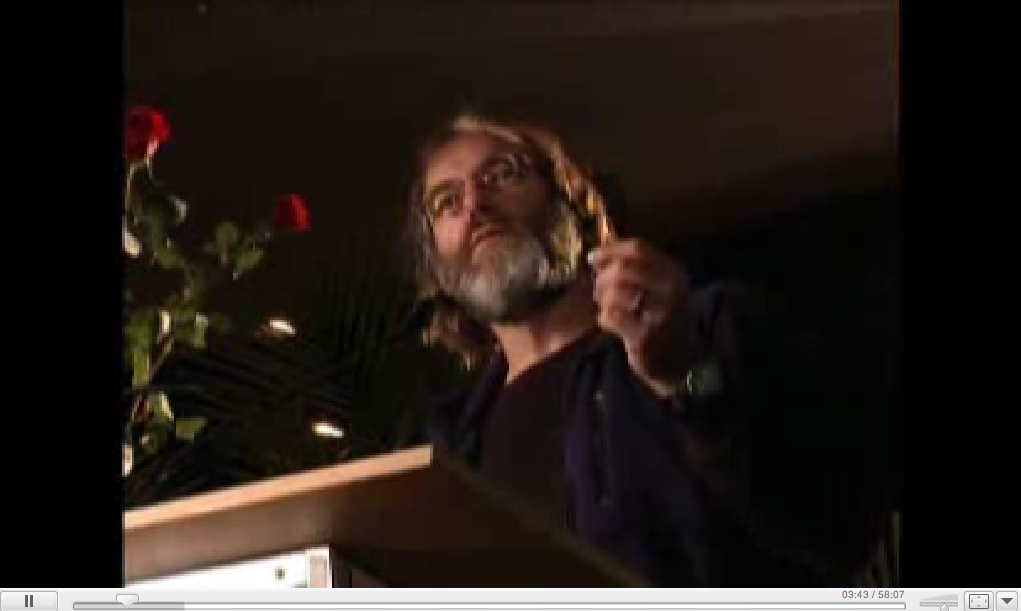 My head is completely absorbed by Permaculture and while APEC today only came up with meaningless aspirational goals, as opposed to real targets for reducing global emissions, I’m sticking to my daily targets as the only way to real action. While I have tried to have a “new” target every day, there’s one area that’s requiring a huge amount of retraining in my attitudes so I’m being lenient with myself and counting it as a “new” action every time I tackle it – it’s letting go of being the world’s biggest hoarder. If you’ve never been a hoarder yourself you won’t understand how HUGE this is for me. Yesterday I gave away about 9 large garbage bags of clothes. It was really hard to do because there is something in me that keeps wanting to hang on to everything “just

This is quite a contradiction actually because, on the one hand, if you want to live a life that reuses and recycles you do have to hang on to things. On the other hand, if they’re sitting there for too long without being used you’re stopping someone else from being able to use them. Oh dear, sometimes my pathetic little brain cells get too heavily stretched.

While on the one hand I gave the clothes away (somehow I don’t think I’m every going to make one of those quilts, except in my imagination) on the other hand I located the top of a cupboard where I’m starting to store every single glass jar with lid that goes through this house. I’ll need them all I’m sure next summer for all the food my garden will be producing. My grandmother used to do this but I gave up on it in my 20’s when I ran out of storage space for keeping everything. Part of the problem then was that I tried to keep every container but never actually did any cooking to find a use for them. Last summer, on the other hand, we had so many tomatoes I couldn’t find enough jars for all the sauce and chilli and tomato jam that I made.

As another action I organised for a plumber to check all the gas in our house to see if any of it was leaking. Our bill was so huge I was hoping there was an excuse (sadly, no …. so, after hearing about Rosemary’s Quantum water heater today, and her extremely low bills, my next job is to research getting one of those).

Politically I’ve been as disappointed with APEC as I’ve been excited about Permaculture. Mostly I’ve just grumbled about “aspirational goals” to everyone I’ve met but I also voted on the SMH blog to say that the Chaser boys getting their cavalcade into the restricted zone was very funny. This is a souvenir APEC tea cosy that Barbara Armitage made with John Howard (large eyebrows!), George Bush, the banned fireworks, people in detention, helicopters and water cannon! 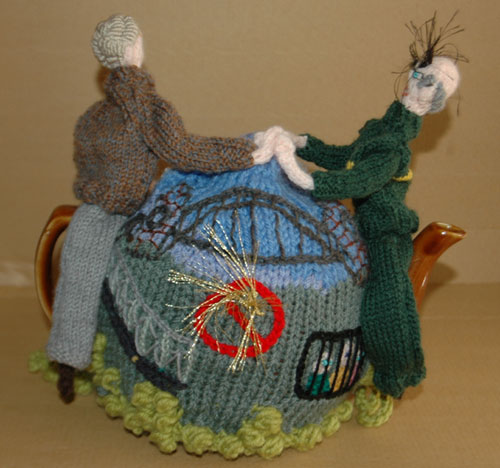 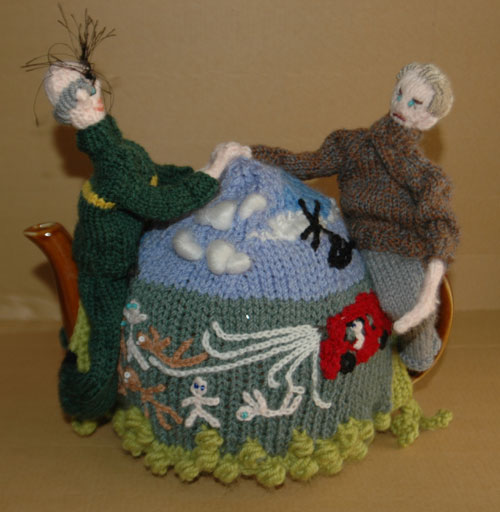 11 thoughts on “Paul Stamets & Magic Mushrooms – the web of life”