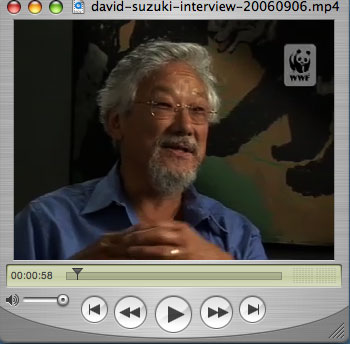 Click HERE to listen to an interview with David Suzuki in Australia last year. Hear him speak and you can no longer think about carbon sequestration for coal in the same way again.

One thing leads to another.

One thought leads to another.

One action leads to another.

One line of enquiry leads to another.

One discovery leads to another. 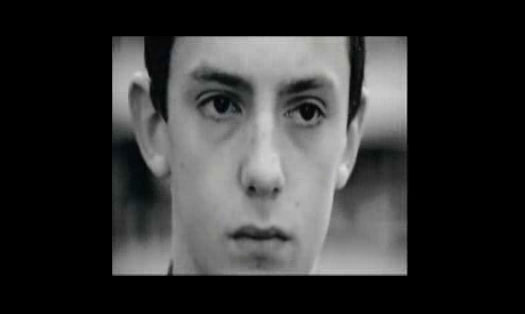 One of the main points that David Suzuki made in his interview with WWF is that there is more life 11km below the surface of the earth than the whole of the oceans and above land combined and we are talking about pumping CO2 down there?!* We have no idea what the role of that life is and yet we are willing to put it all at risk because of coal?!*

ABC News this week reports that:

“Santos wants to try piping carbon dioxide to its Cooper Basin gas fields in central Australia, straddling the South Australia and Queensland borders, and store it underground. The company say the trial would cost more than $700 million and it has asked the Federal Government to help pay for it.”

(I wonder how much geothermal energy we could get up and running with $700 million dollars?)

What with one line of enquiry leading to another it seems strange to finally see something about the mud volcano on Australian television tonight – the mud volcano that FOR ONE WHOLE YEAR has been wiping out heavily populated villages in East Java. Santos, the same Australian company which now wants to pump CO2 below ground in Australia, has an 18 per cent stake in the gas exploration project which unleashed this toxic mudflow that has smothered nine villages, schools, mosques, factories and rice paddy fields across an eight square kilometre area.

About 160,000 cubic metres of mud continues to seep out of the crater every day and NO ONE CAN FIND A WAY TO STOP IT!

When I did the training session with Al Gore, one of the comments that someone made really stuck in my head. We were talking about carbon sequestration and they said “It’s just like farting under a doona … it always gets out!” Wow, imagine the CO2 equivalent of 250,000 cars “getting out”.

How sensible to get the same company who drilled for gas in Java to experiment with pumping CO2 underground in Australia. And what if it escapes like the mud does? Of course it would kill everything it reached so no one would be around to complain. I explored the sites of companies like the Big Sky Carbon Sequestration Partnership and even they say “There is no guarantee that carbon dioxide sequestered in underground geologic formations wonâ€™t leak.”

The more I hear the greater the imperative becomes to take political action and to take it urgently … to take responsibility for my role in the democratic process and to recognise that personal action is crucial but nowhere near enough on its own.

It’s been estimated, for example, that if people keep signing up to Greenpower (ie. paying for renewable energy to create their electricity rather than coal) at the rate they are now it would take something like 2000 years to get the whole country signed up. Market forces don’t always work fast enough. Look at

asbestos and cigarettes – we had to introduce legislation to protect people – that’s what governments should be about – protecting people! With only 8 1/2 years to a tipping point we cannot entrust our children’s futures to the mercy of the market. To change the market requires a lot of money being invested in Research and Development (one thing leads to another) and it also requires mandatory targets … targets that give business guidelines within which to operate.

With that in mind I decided to do one of the most political things I could. I’m not earning any money at the moment but I am saving money with all the changes I’m making to become more efficient and to reduce consumption so today I wrote an ad to put in the local paper tomorrow:

STOP CLIMATE CHAOS – STAND UP AND BE COUNTED

Visit www.cartooningschool.com.au/wordpress and register your voice

Speaking about one thing leading to another. Yesterday I wrote about heating and today I realised that down in our framing shed Ian’s still using an electrical heater. My action today was to write a shopping list for tomorrow – gas heater!

I also went for a long bike ride with the boys today (for the first time in Blackheath) and I’m still smiling. Maxie sang The Pushbike Song all the way and we had a ball. We were gone for a couple of hours so, while we were getting fit, we were also not using electricity at home. One thing leads to another.

“The frustration I feel is with the political process. You see, I understand the reality of politics. When you get elected to office your absolutely first priority is to get re-elected. That means whatever you do has to pay off in something you can brag about before the next election. The political vision is too short to really get involved in something as serious as climate change. And then it is compounded by the fact you’ve got to be worried about people that are going to vote. Children don’t vote. So the reality is politicians cannot pay attention to the needs of children because they are not voters. For that matter, future generations don’t even exist. They’re not even on the political agenda.”

If you haven’t already done so you can click the subscribe button at the top of this page and register your voice as one of the 365 people wanting the Action of A Year In A Day too.

4 thoughts on “one thing leads to another”