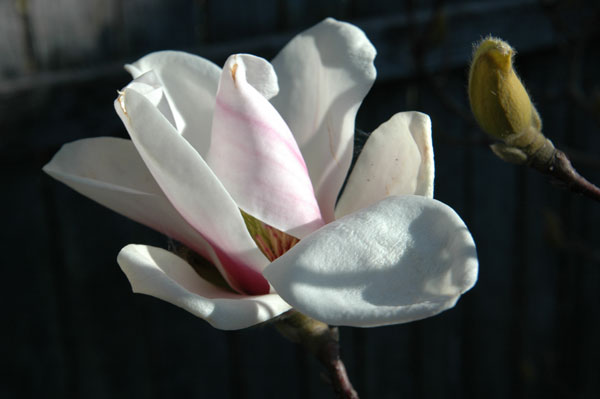 Despite gale force winds which peeled back road signs and blew the roof off my favourite bookshop on Friday night, my first exquisite magnolia blossom miraculously survived nature’s ferocity. There are now only 18 days until the end of winter (less than 3 weeks to Spring), the sun has returned, the wind has died down, and I am filled with hope.

Sadly, there are times when hope eludes me, as it did for a while last week. Partly because of the weather, but mainly because one of my dearest friends, Peter Andren, was diagnosed with cancer. He, however, remains positive and, as usual, continues to inspire me. A couple of months ago, in Canowindra, I met and spoke to someone who summed up the view of many about Peter, the Federal MP for Calare – “Peter has renewed our faith in politics – he proves that you CAN be an honest and ethical politician”.

Unfortunately our world is also sick, and running a temperature, but I’m looking anew at its illness and taking inspiration from Peter. If we stay positive, and make the changes necessary to return it to health, it CAN recover … everywhere I look nature is determined to remind me of its tenacity.

Reading Ian Gawler’s book “You Can Conquer Cancer”, the principles for conquering cancer are similar to the principles we need to return our beautiful planet, our society, and ourselves, to health:

“If our past pattern has produced the symptoms of disease, and now we are seeking to re-establish health, we must be brave enough to look for a change in direction. Change is required to establish the pattern that leads to Health. Some can make that change almost instantaneously. With the speed of jet travel they can relocate themselves in new and happy surrounds. For most, however, the journey becomes a process, the healing process. It develops as a series of changes that gradually lead to the place of their dreams. Commonly, the first steps are superficial ones and there is a preoccupation with the obvious physical steps that are needed to be taken. So patients journey to places of physical treatment, change their diet, begin to exercise. These outer things are easy to start with, easy to work on. As they come under control, the effort becomes more profound. The inner work begins. The need to change fundamental attitudes and direction becomes apparent. To change just one really basic trait for the better is a major challenge for any lifetime.

So, where is the map? Where is the compass? What can guide us through this maze? In essence it really is very simple. Once our basic course is realigned with harmony, once harmony is the prime motivation, then healing is under way. The more harmony in our actions, attitudes and spirit, the better our quality of life and the closer we move towards that wonderful city of

The changes we need to make in the way we operate in this world are huge, but they also provide an opportunity to create an infinitely better way of living in harmony with nature.

Spending all day yesterday in harmony with my garden and being warmed by the sun, flooded me with hope and a peaceful contentment. Finding the first early spring blossoms also helped … as did the knowledge that I was planting food for healthy meals in the months ahead. 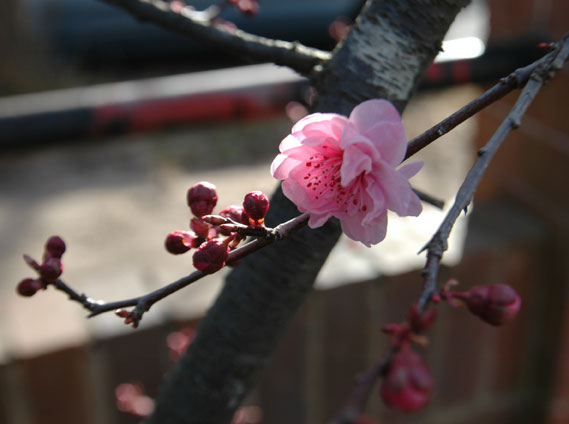 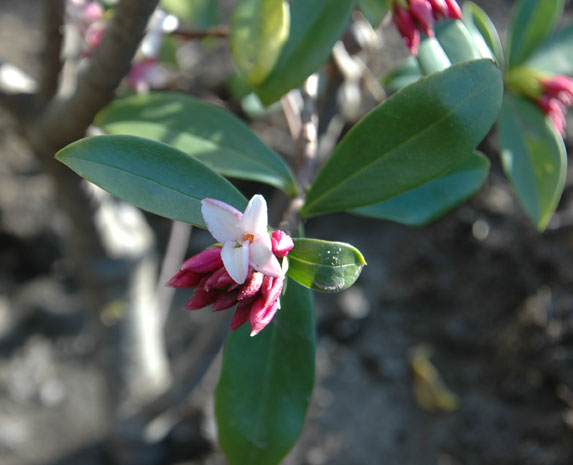 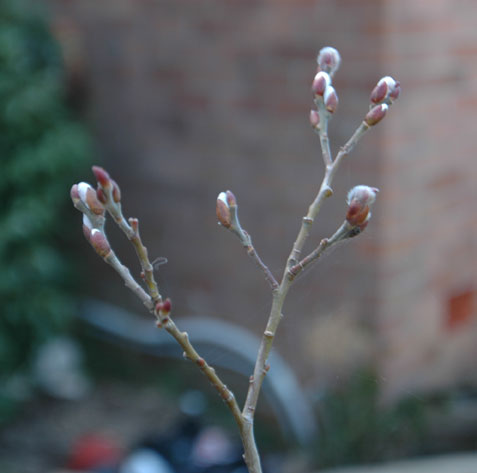 Pussy Willow – these were in a bunch of flowers I received when my grandfather died and I managed to strike and grow them in a pot. 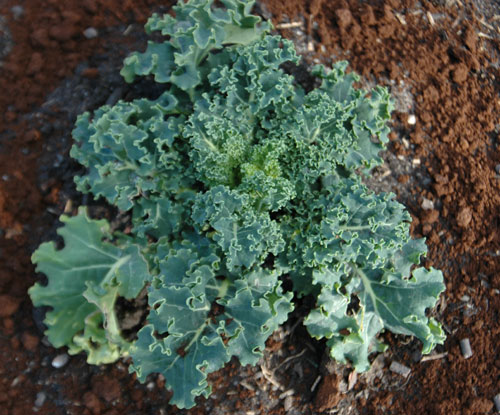 I’m experimenting with coffee to keep the snails away from my kale. 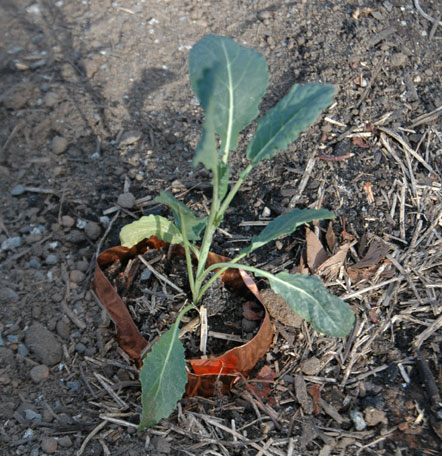 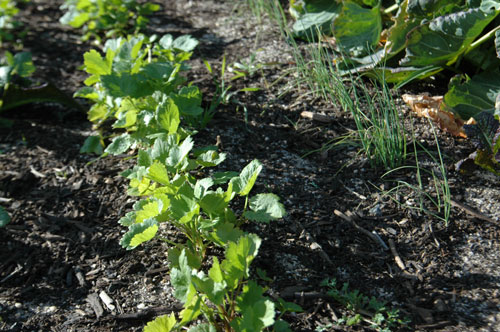 The first time I’ve ever grown parsnips and leeks 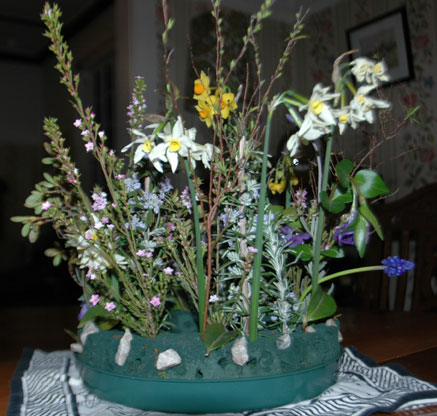 The boys have been home sick for a week. To get them out for some warming sunshine I gave them a piece of oasis I’d saved from an arrangement I’d been given last year. They collected flowers from our garden to make their own display, pebbles and all.

The sunshine also prompted me to begin spring cleaning a few weeks early. I don’t know how Windex ever came to be manufactured, and why on earth silly people like me ever bought it. I finally used a tip I’ve been told many times and cleaned my windows with just newspaper and water – they positively sparkled.

Bought organic potatoes for the first time from the Growers Market … now that I know about all the chemicals that go into mainstream potato farming it’s very hard to buy ordinary potatoes again! Can’t wait until it warms up enough to grow my own. Will make sure I plant kipflers as well so that I can harvest a crop more quickly.

Politically we had our monthly Climate Action meeting and screened “A Hard Rain” – David Bradbury’s documentary about the nuclear industry – uranium mining and nuclear power are certainly no way to live harmoniously with nature and ourselves. It’s worth buying a copy of the DVD on the web and watching it to truly understand what uranium mining is really doing to people and to our planet. I also started handing out large leaflets about Palm Oil Action

* Rainforest destruction is still out of control. (This year Indonesia will be included in the Guinness Book of
Records as the country which pursues the highest annual rate of deforestation. Currently an area of forest
equal to 300 soccer fields is being destroyed every hour in the country);
* Fires are burning across Borneo and Sumatra, fuelling global warming (Indonesia is the third highest carbon
emitter owing to peatland fires.);
* Two orangutan species are within 20 years of extinction in the wild (killed daily in palm oil plantations);
* Social conflict and human-rightsâ€™ abuses are commonly associated with oil palm expansion;
* Severe environmental pollution is associated with palm oil processing;
* Lack of labeling means lack of choice in consuming palm oil;
* Australians consume an average of 10kg of Palm Oil per person each year. 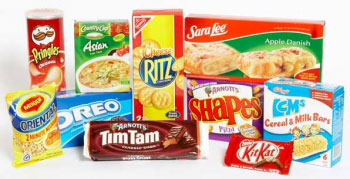 Oh no, not Tim Tams!

I also met with the Environment Minister Phil Koperberg to discuss methods to increase local employment and reduce transport emissions; I contacted people in Bathurst about the Bathurst to Bartlett campaign which is drawing attention to Climate Change as the number one issue this election; and I wrote to an American who’s making a documentary on people choosing to willingly change their lives by doing things like joining The Compact and not buying anything new (other than food, underwear and medicine). Through all this kept working on a strategy for relocalising communities.

It’s getting easier, almost habitual, to do small actions each day… almost automatic, now that I’ve been doing these daily actions for 118 days! (almost 4 months)