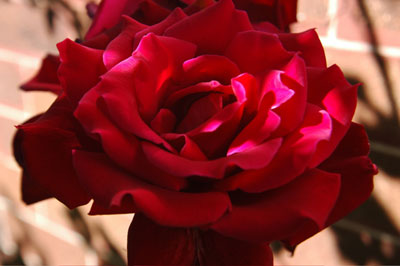 That flies in the night,

In the howling storm

Has found out thy bed

And his dark secret love

Does thy life destroy

When it all gets too much for me it makes me want to kill. Actually, I’ve discovered that the only way I can keep going, is to factor ritualized killing into my life. 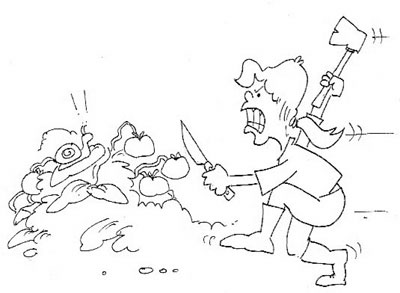 Killing bugs that is. Every day I take time out to smell the roses and to walk around the garden murdering snails and the prolific green caterpillar of the cabbage white butterfly. They’re everywhere, they’re everywhere! Now that I have a patch of broccoli, brussel sprouts and red cabbage the caterpillars are going nuts and it’s nothing for me to murder 30 or so in one session. It makes me feel so good. After the initial difficulty of bringing a life to an end I discovered I was able to switch off a part of my emotional sensitivity and squish with heterosexual abandon. Now nothing can hold me back – pluck and squish, pluck and squish. They’ve gobbled so many of my plants that my revenge button is constantly being pushed and there’s no way they’re going to get the rest of them. And, of course, I’m not going to use chemicals to keep them away, so pluck and squish it has to be.

Today, however, I did look at a few other options that might assist me in a bigger mass murder operation. Now that we’re brewing our own beer, my favourite was the beer trap – seems like rather a merry way to go.

If only everything that was harming our future survival prospects could be so easily eliminated (No, no, no …. of course I’m not advocating mass murder – just some pleasant organic way of removing obstacles?).

To the Editor:
A woman I had dinner with the other night said to me that the atmosphere in this country since the Persian Gulf war is

like that at a party in a beautiful home, with everybody being polite and bubbly. And there is this stink coming from somewhere, getting worse all the time, and nobody wants to be the first to mention it.

My political actions today have been easy ones … just cruising through the blog world and making comments. (eg the NY Times which sadly moderated me off the blog!). As a result I’ve added two new blogs to my blogroll.

2 thoughts on “Murder as therapy”