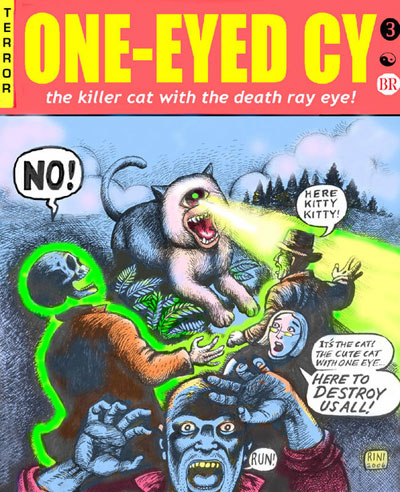 There’s more to global warming than meets the eye – like the less obvious ramifications of the floods in Gippsland: lots of containers of toxic chemicals getting washed into the floodwaters and turning them into a toxic soup – great for dairy country and the food chain; and what about the poor dairy cattle who are stranded and not getting milked …. ooooohhhhhh I remember masititis from when the boys were little … can’t even begin to imagine the torment of those cows.

And then, of course, there’s the global warming that meets the eye – like it did for me today with a heavy dose of conjunctivitis. I suspect mine’s caused by my current virus but when I went to the chemist she said they get lots of it during periods of wild wind like this. Great, something else to look forward to. 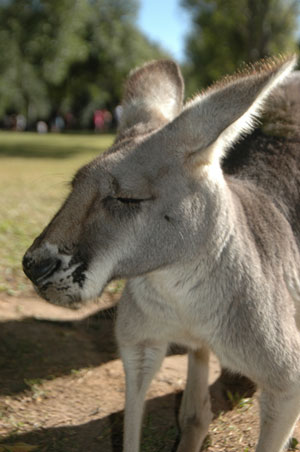 “Hey man, I tried to warn you about that wind”

Being one-eyed about all this and falling prey to catastrophic thinking I began wondering how you’d deal with conjunctivitis in a post-peak oil global warming world and thankfully discovered a range of home remedies including marigolds. The good thing about all these remedies is that they don’t come packaged in plastic. Today I started my little collection of home remedy notes and also bought a second hand copy of “The Complete Book of Self Sufficiency” – what the heck, I was a girl guide and we were taught to “be prepared”. I now know how to skin a rabbit and slaughter a pig and I think I’m ready to move to being a complete vegetarian at last.

But speaking about being one-eyed, sometimes its not such a bad thing. Personally I find it preferable to the current “balanced journalism” which likes to give equal weight to flat earth theorists and contemporary scientists:

To understand why reporters consistently fail to challenge even the most obvious government deceptions, we need to look at the origins of “professional journalism”. Early last century, the industrialisation of the press, and the associated high cost of newspaper production, allowed wealthy capitalists backed by advertisers to achieve dominance in the mass media. Unable to compete, the previously flourishing radical press was pushed to the margins.
The notion of “balanced” and “professional” journalism was invented at the same time. The American media analyst Robert McChesney explains: “Savvy publishers understood that they needed to have their journalism appear neutral and unbiased, notions entirely foreign to the journalism of the era of the Founding Fathers, or their businesses would be far less profitable.” By promoting education in formal “schools of journalism”, own-ers could claim that autonomous editors and reporters made decisions based on professional judgement, rather than the needs of bosses and advertisers. Owners could then sell their media monopoly as a “neutral” service to the community.
This new, “balanced” journalism was inherently biased. It decided that official sources should form the basis of legitimate news. The idea was that, since politicians are elected, “neutral” journalism should report the views of elected party leaders and the public figures answerable to them. If

these people are in reality pre-selected by powerful state-corporate interests (including media owners) so that all parties offer barely distinguishable policies benefiting the same elites, that is not a “neutral” media’s problem. Nor is it the media’s problem when realpolitik is presented as “humanitarian intervention”.
So the media pretend that the main political parties and other establishment interests represent the full range of informed, honest and compassionate views. And the public continues to be deceived, with thousands bombed every couple of years to serve the needs of power.
“Neutral” journalists should recall the Nuremberg verdict on the Nazi media boss Julius Streicher: “No government . . . could have . . . put into effect a policy of mass extermination without having a people who would back them . . . These crimes could never have happened had it not been for him and for those like him.” (David Edwards and David Cromwell, New Statesman, 2004)

And speaking of the media, is it just me or does it seem like a bizarre coincidence that a few days before Live Earth, Al Gore’s son gets picked up for drugs and that the media are all running with it? My one-eyed political action today was to make a comment on Dom Knight’s blog about Al’s Inconvenient Spliff … what I should have queried was who was paying who to follow Al Junior and pick him up! … and yes, they obviously do think we’re that stupid.