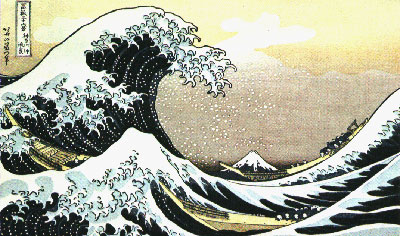 All the hard work many of us are doing to reduce our consumption is important in preparing us for a changing world. It demonstrates that it is possible to live differently and still be extremely happy, if not happier! The danger lies in believing that personal change alone will solve the problem of global warming. If we keep ourselves busy “being green”, without demanding political action from our elected representatives, we are in effect abdicating our personal responsibility for creating a democracy and we are actually endorsing an economic rationalist view of the world which believes that market forces will sort everything out. The trouble is, it is market forces that have brought us to this place and market forces which are failing us now.

Democratically elected governments were set up to serve the people and create just, egalitarian societies that played a stewardship role, looking after our society so that we could hand on an increasingly better world to following generations. We are failing our children, and all the children of the world, if we don’t stand up to be counted as an integral part of that democracy now – a democracy that has at its disposal all the resources necessary to respond to global warming immediately. We must demand of our governments the actions we wish to see. The harder I try to make my small changes the more I want governments to make the big ones so that my small ones aren’t just a drop in the ocean. I want my drops to be part of a giant tidal wave, a tsunami of change that turns this current failed experiment around. We live in a small closed system and the ravenous “growth” that economic rationalism requires can only be fed by our children’s futures.

“Our house is burning down and we’re blind to it…The Earth and humankind are in danger and we are all responsible. It is time to open our eyes. Alarms are sounding across all the continents . . . We cannot say that we did not know! Climate warming is still reversible. Heavy would be the responsibility of those who refused to fight it.”

Today I read two very impressive pieces of writing by two people who have analysed and dissected this system. It is set to fail us if we don’t turn around, stand up and take responsibility for our role in making a democracy work.

The first is by Al Gore from his book “The Assault on Reason”(click on the title). The Second is by Clive Hamilton from his book, “Scorcher.”

â€œScorcherâ€ – Clive Hamilton; from Chapter 8, Australia after Kyoto
THE RETREAT TO VOLUNTARISM

As we have seen, the Australian Government’s approach was based almost wholly on voluntary programs (with the notable exception of the MRET scheme, which was soon killed off). Rather than initiating and enforcing mandatory programs, the Federal Government offered a wink and a nod to the big polluters â€“ both parties agreeing to give the impression that they were taking climate change seriously.

The Government was also enamoured of green consumerism, Greenpower schemes, information campaigns and programs such as Cool Communities, which demonstrated to households how they could reduce their energy use, received enthusiastic endorsement and funding. Every time a well-meaning environment group urged us to take responsibility for our own greenhouse emissions, the Government cheered because it immediately shifted responsibility away from itself. For all of its good intentions, green consumerism contributes to the progressive privatisation of responsibility for environmental degradation. Instead of it being understood as something requiring systemic reform of our economic and social structures, we are told that we each have to take responsibility for our personal contribution to the problem. The assignment of individual responsibility is consistent with the economic rationalist view of the world, which wants everything left to the unfettered market, even when the market manifestly fails.

Tim Flannery’s book The weather makers has made a major contribution to public understanding of the dangers posed by global warming and has opened the eyes of many readers previously unaware of the magnitude of the dangers we face. However, it falls into the trap of green consumerism. After an eloquent statement of the implications of unchecked climate change, drawing on the work of hundreds of climate scientists, Flannery concludes his book by arguing that voluntary action by well-meaning consumers is the only way to save the planet.

â€œIt is my firm belief that all the efforts of government and industry will come to naught unless the good citizen and consumer takes the initiative, and in tackling climate change the consumer is in a most fortunate position … there is no need to wait for government to act.â€

This is music to the Federal Government’s ears and perhaps explains why the former environment minister Ian Campbell declared: ‘I know Tim very well … I’ve got a lot of respect for him … he’s a very good scientist’. Yet it is a reckless conclusion to reach. We did not eliminate the production of ozone-depleting substances by relying on the good sense of consumers in buying CFC-free fridges. We insisted our governments negotiate an international treaty that banned them. We did not invite car buyers to pay more to install catalytic converters, the greatest factor in reducing urban air pollution. We called on our governments to legislate to require all car-makers to include them. Yet Flannery urges each of us to take responsibility in the belief that our responses to these noble appeals will transform the market: ‘If enough of us buy green power, solar panels, solar hot water systems and hybrid vehicles, the cost of these items will plummet’, and we will solve climate change in spite of the Government.

As the US analyst Michael Maniates has written: ‘A privatization and individualization of responsibility for environmental problems shifts blame from state elites and powerful producer groups to more amorphous culprits like â€œhuman natureâ€ or â€œall of usâ€. The environment becomes depoliticised so that the major parties can share a common vision without getting into a potentially damaging bidding war over who will better look after the environment. In the end green consumerism has more in common with the conventional economist’s belief in consumer sovereignty and individualism, one promoted by the ideologues of the right-wing think-tanks who argue that the way to solve environmental problems is to give consumers a choice. If consumers do not make green choices, then it is obvious that they prefer to live in a polluted and climatically transformed world. While well-intended

individual actions are not to be criticised in themselves, when they are sold as the answer to environmental decline they actually obstruct the path to the real solutions. Some environmentalists who lead radically simplified lifestyles also contribute to the process of individualisation when they project a holier-than-thou attitude. As most of us will never choose to live as they do, their exhortations mean that our problems will never be solved.

Another manifestation of the dangers of individualisation might be called the rich man’s indulgence syndrome. Various wealthy individuals have ‘discovered’ climate change and decided to devote some of their time and money to solving it. Such philanthropy (if that is what it is) is very welcome if it supports effective political activity aimed at arousing the public to protest that their governments are doing nothing, but it often morphs into a business opportunity. Alan Finkel, an Australian scientific entrepreneur who made a fortune in the United States, drives an electric scooter around Melbourne and has bankrolled a new environmental magazine called G, billed as ‘a practical guide for treading lightly’. To reward his editor-in-chief and himself for their efforts, Finkel has paid half a million dollars for two seats on the Virgin Galactic passenger flight into space in 2009. It is difficult to think of any single act that would generate more unnecessary greenhouse gases than sending a tourist into space. Virgin Galactic is the pet project of airline boss Richard Branson another tycoon who cares deeply about climate change.

Nevertheless, while I take my political action, I ‘m also enjoying the freedom and the money saving that comes from choosing to reduce consumption. If lots of people act the change can be enough to influence action elsewhere. If governments act as well, the change may just be enough – as long as we pressure them to act quickly NOW.

Today, for example, I ran out of hair conditioner. Every impulse within me wanted to go out and buy some organic conditioner … especially in the light of recent reports that have identified a range of dangerous chemicals in ordinary bathroom and laundry products. I suddenly wondered how I’d come to this. What made me believe that the only way my hair could look good was to buy very expensive conditioner in plastic bottles that have been transported long distances to get here? Was it my mother, was it June Dalley Watkins the deportment teacher … 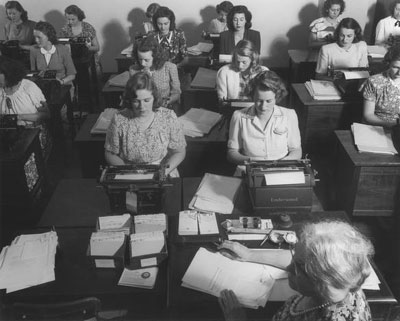 was it magazines or television? – I suspect most of it was television. But what if they’re wrong? I’ve never even checked. So here goes …

I’m going to turn myself into a human experiment. I’m making a pact to not buy conditioner again. Each day I’m going to fiddle with hair conditioner recipes until I get one that works well. Tomorrow morning I’m going to use a little avocado oil and then rinse out with some rosemary tea that’s been brewing in readiness (using rosemary out of the garden is free and smells fantastic!). I’m getting hungry already just thinking about it and I’ve never looked forward to using conditioner in the way I’m looking forward to it now. If you’ve got any other great ideas for shampoo or conditioner, let me know.

On the political front I started the day writing blogs and actually got one up on a Sydney Morning Herald blog again. Spent most of the day updating all the personal and political actions Helen and I have done on the bar at the top of this page. I also rang DEUS about solar panels for the school and tonight I went along to the Chamber of Commerce meeting to enlist their support for the school solar panel project, the bike track lobbying and the “Greening” of the Golf Course. They all seemed very keen and supportive.

4 thoughts on “Making my drops part of a wave”