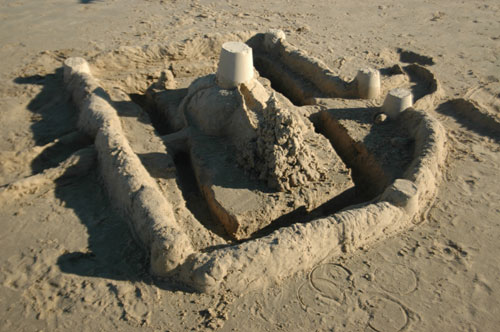 I am visiting my mum in Queensland and, had I started this blog earlier today, I would have said I was more worried about my lack of high speed broadband than I was about global warming. Downloading videos is almost impossible. Tonight, however, after unusually warm weather in the last few days (25C in the middle of winter) there is a gale howling outside that feels as if its going to bring trees down onto the house or blow the house away altogether. Being in the middle of an extreme weather alert, suddenly global warming is number 1 on my list of concerns again. I am reminded that we are all only a heartbeat away from weather conditions that can harm us or render us homeless … as many Australians are only too aware, especially if they live near Newcastle, Gippsland or Innisfail ….

Nevertheless we continue to make choices that will exacerbate global warming and its effects, often, as in my case this week, because of lack of planning (heed this oh mighty government leaders!). 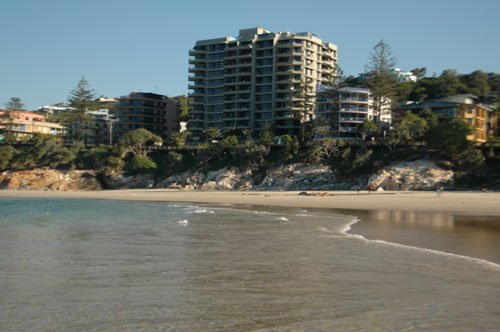 Had I not been so busy and, instead, realised in advance that the school holidays and the flu were about to land on my doorstep I would have booked a train ticket to visit my Mum in Queensland weeks ago. Instead everything arrived at once (holidays, flu and the trains being booked out). For someone who almost gags at the thought of flying I had to make a decision between missing the last free week I have in the foreseeable future to visit my Mum (who I STILL hadn’t visited with the boys in almost 7 years) or driving or catching a plane. How do you weigh up tough decisions? Where do you draw the line? How many shades of grey are OK? These are the questions we’ve all been asking ourselves as governments explain to us that new coal mines have to be built so that jobs aren’t lost… whose jobs if the mines aren’t built yet? How honest are these arguments? How honest are mine? How much is lack of planning the reason for all the current decisions being made? 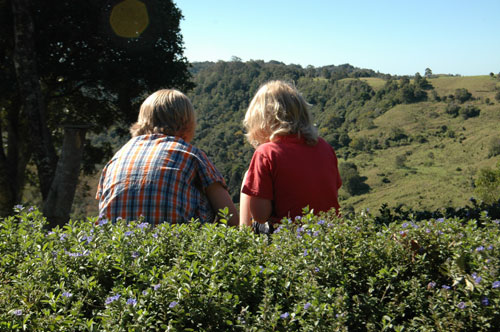 Really I should not have flown but, as usual, it would have been my children and my mum who would have missed out while I happily sat at home playing with my high speed broadband. I could still have rationalised staying home at their expense if it wasn’t for the insanity of the aluminium and cement industries emitting so much greenhouse gas that my small amount seems negligible … I can see very clearly why people say “why should my family suffer when those big guys have carte blanche to do what they want?” …. and don’t even begin to start analysing the uranium industry … I must be nuts bucketing my bathwater to the washing machine at the back of the house when the government condones the Olympic Dam Uranium Mine which uses over 30 million litres of water daily out of the Great Artesian Basin … water that may never be replenished. 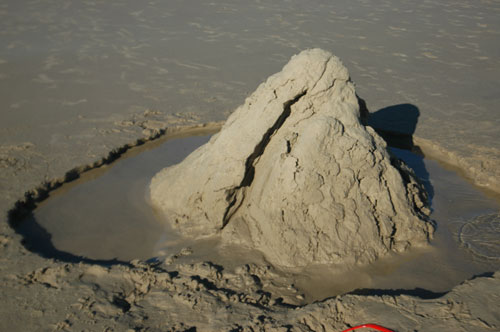 I’m not sure how viable the government’s jobs argument is, given the number of jobs that are likely to be lost as a result of global warming. Jobs that look set to be lost as tourism declines, as coastal areas are inundated, as farmers leave the land, as people stop drinking bottled water, as people stop doing blogs because they’ve got no high speed broadband (oops sorry, that last one’s just my one-track mind today and not relevant … especially because unpaid jobs don’t count in a world where the economy is God)

But back to planning. Despite the extraordinary abuse of cheap coal in this country by large corporations, I still continue to do my bit to reduce my own personal emissions – except when I haven’t planned ahead. I blew it yesterday and today because I didn’t take food with us on our outings and ended up buying takeaway with all its horrifying packaging. Tomorrow I’m making sandwiches. On a positive note I did take water in reusable glass bottles.

On Monday, while I’m still mortified that I caught the plane, I did at least take the boys and all our luggage on the train to the airport rather than getting Ian to drive us as I would have in the past (saving a 4 1/2 hour trip). I also kept the juice bottles instead of throwing them out and today I filled them with basil seeds from the garden here … the warmer weather in Queensland has allowed for a huge crop that I can only envy and try to grow in Blackheath next summer. On Tuesday I made a point of not driving anywhere and just letting the boys enjoy the natural environment here … the more they relate to it and love it the more likely they are to want to protect it (and I got a sleep). On Wednesday we took the boys to the Eumundi markets and the beach but, except for a didgeridoo which I’ve been promising Oscar all year, we only bought food. Decided that we will give them experiences rather than objects, so they had a bunjy type jumping experience, a juggling show, a play in 2 parks and a few hours on the beach – certainly not deprived. I am so firm about not buying “stuff” they’ve “almost” given up asking. Today we went to Steve Irwin’s Australia Zoo – I’d been sceptical of this but the messages throughout about biodiversity almost balanced the huge amount of crap they sold (almost). I countered every request for a souvenir by taking lots of digital photos and putting together a slide show that the boys can use for show and tell at school. They were happy with that and are already composing how they want it to be – a much more creative and memorable souvenir (the shirt Maxie’s wearing here is NOT from the Zoo) 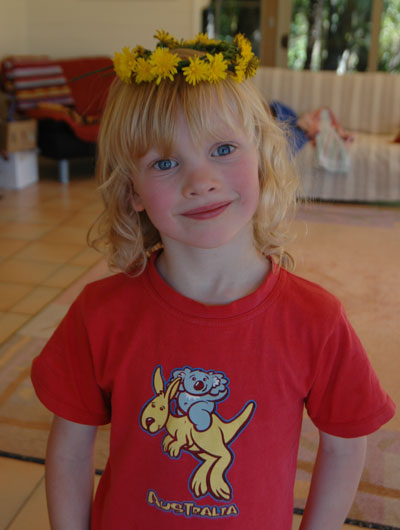 On the political front I had a big session with the boys teaching them to think for themselves rather than follow what others do… we did some crazy role playing, which they’re still joking about, and in which I suggested they do all sorts of mad things (which they then said no to!).

When: Sunday, July 8 from 10 â€“ 4 p.m.
Where: Katoomba Masonic Hall â€“ venue is a five minute walk from Katoomba Railway Station (email Belinda Selke at bselke@uow.edu.au if you’d like to go)

and I wrote an email to our Federal MP Kerry Bartlett drawing attention to a few disturbing new reports:

“The IPCC Report is based on assumptions (relating to climate warming, ice melt and sea level rise) that are now shown to be simply not supported by

historical climate and geological data. In short, the IPCC, in its estimate of sea level rise over the next century has virtually ignored any increase owed to the potential disintegration of the Greenland ice shelf and the West Antarctic ice shelf because this was thought to be impossible over that time scale (until recently it was also thought that the Larssen B Iceshelf could not break up in under 100 years and then it broke up in 37 days in 2002) This new report clearly shows (to the scientists) that geological data leads to an inescapable conclusion…climate forcings (such as human-induced rises in CO2 levels) can quickly cause the climate to respond… with the disintegration of these massive ice-shelves being just one response. The report concludes that the IPCC report is wrong in assumptions and conclusions and that recent observations “on the ground” support this new report’s findings and conclusions which are, basically, that unless CO2 and other global warming gases are reduced immediately to very low levels then the collapse of the ice shelves is unavoidable; will happen very quickly (possibly over a few decades); and is likely to happen this century given the already existing level of greenhouse gas emissions in the atmosphere. It also made clear that climate stability enjoyed by the Earth for the last 12,000 years is finished and that the likely climate changes will be fast and catastrophic for humanity unless we act now. At best, we will still suffer some climate impacts even if we act now but not to do so will result in fast sea level rise very soon as the ice shelves collapse. It is a stark and frightening report.”

“Recent greenhouse gas (GHG) emissions place the Earth perilously close to dramatic climate change that could run out of our control, with great dangers for humans and other creatures. Carbon dioxide (CO2) is the largest human-made climate forcing, but other trace constituents are important. Only intense simultaneous efforts to slow CO2 emissions and reduce non-CO2 forcings can keep climate within or near the range of the past million years. The most important of the non-CO2 forcings is methane (CH4), as it causes the 2nd largest human-made GHG climate forcing and is the principal cause of increased tropospheric ozone (O3), which is the 3rd largest GHG forcing. Nitrous oxide (N2O) should also be a focus of climate mitigation efforts. Black carbon (“black soot”) has a high global warming potential (~2000, 500, and 200 for 20, 100 and 500 years, respectively) and deserves greater attention. Some forcings are especially effective at high latitudes, so concerted efforts to reduce their emissions could still “save the Arctic”, while also having major benefits for human health, agricultural productivity, and the global environment.”

Here is an excerpt from another disturbing NY Times article about one of the fastest growing cities in the US –
Phoenix : The First Domed City
June 16, 2007
As heat waves go, this weekâ€™s mercury-topper is nothing special. Itâ€™s been 121 degrees â€” the all-time high. But if you look at the trends and the long-term predictions by the United Nations climate panel, you wonder how our signature New City will adapt. The average temperature of Phoenix has risen five degrees since the 1960s, according to the National Weather Service. Five of the warmest years ever recorded have occurred since 2000.

A few years ago, The Arizona Republic predicted that average temperatures in Phoenix might rise by 15 to 20 degrees over a generation, due to something called the urban heat island effect. The more parking lots and Dilbert-filled buildings are slapped over the desert floor, the more heat stays trapped in the valley. On top of that is climate change.

â€œAll of the models say in the next 50 years this place is really going to heat up,â€ said Robert Balling, a climatologist at Arizona State University.

Outside the city, the forests of Arizona are dying, stressed by drought and rising temperatures. A fire that burned an area the size of metro Phoenix five years ago is seen as a terrifying precursor. What scientists have found is that thereâ€™s a threshold at which the forest ecosystem collapses. Theyâ€™ve looked at droughts going back to the time of the Hohokam, who built canals here, and cannot find anything like the present crash. 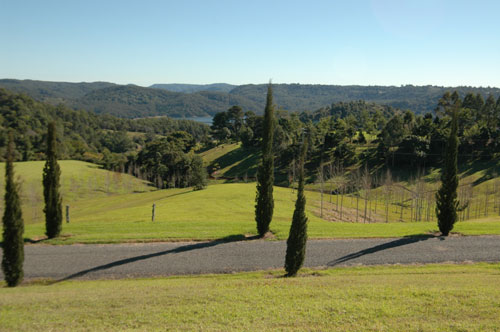 The calm before the storm

Meanwhile Maxie and Oscar are asleep in the next room and I’m sitting here very nervously. We are extremely isolated and the storms swirling around us are really, really wild. This is not something I’d planned for …