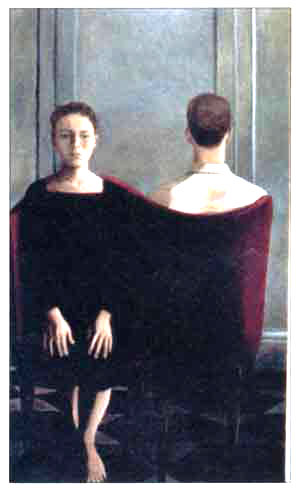 I’ve spent my life working in the arts. Making the shift in this last year to learning about, and trying to protect the environment, is a surprisingly similar endeavour. The environment is extraordinarily beautiful (until it is ripped apart by mines). The difference between working in the arts, or focussing on global warming and climate change, is that suddenly I have to deal with a huge amount of rage. How could this have been allowed to happen? Why didn’t “they” act sooner to protect our children’s futures? How dare corporations manipulate society in this way?

Of course rage is counterproductive unless it is converted into a more useful energy, like action, so I was thrilled yesterday when I stumbled on Aikido. I was trying to fulfill a promise to my son Oscar to find him a Karate class and located a local Aikido teacher instead. In explaining Aikido he said that it was about finding your own centre and recognising that in self defense there are a number of ways of responding to attack.

1. You can lie down like a doormat and become a victim. If you do this you are actually complicit in the attack because you are, in effect, saying “I’m frightened hit me again”.

2. You can fight back, which increases the crime (memories of Star Wars here…)

3. Or, instead of meeting force with force, you can take the energy of the attack and redirect it. It is about joining together in the midst of combat and then moving together instead of clashing.

Emphasis is upon unifying with the rhythm and intent of the opponent in order to find the optimal position and timing with which to apply the technique. The techniques of aikido can, when applied judiciously, divert or immobilize rather than damage or kill. As a result, some consider aikido to be a practical symbol of meeting aggression (physical, verbal, etc.) with an effective but merciful response, and finding harmony in conflict. Ueshiba declared, “To control aggression without inflicting injury is the Art of Peace.”

Because so many of us are angry at the moment there is the distinct possibility that it is our rage that will destroy us. We are nearly all taking sides or putting things in opposition against one another : Labor v. Liberal, Labor & Liberal v. Greens, Islam v. Christianity, Rich v. Poor, Environment v. Economy, Us v. Them …

It is impossible for this to lead to anything

but destruction. Now more than ever before in the history of mankind we have to find a way to work through this together.

As I’ve gotten angrier I’ve also realised that, like Aikido says, I have to centre myself first. This means taking personal responsibility first and foremost rather than blaming everyone else. This doesn’t mean just focussing inward and working on myself alone. It means gaining energy from my centre so that I can work calmly with all the perceived threats and attacks confronting us. It’s hard to shift constantly between the personal and the political but it can be done.

30 years ago, those of us who were old enough, all knew about the problems besetting us now. As I was cleaning up the other day I found this dreadful print that I made at Art School back then. Not much of an artwork (that’s why it got shoved in a drawer) but a record of the fact that “we knew” …. and then somehow “forgot”. 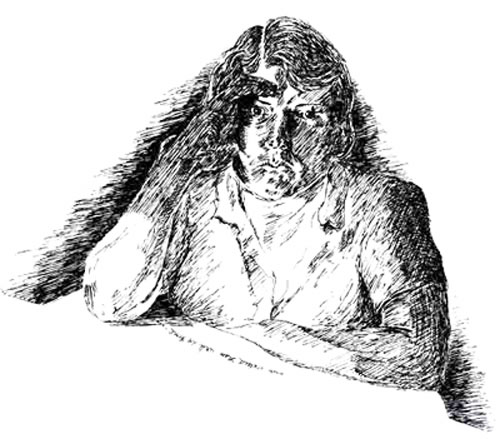 The text on the page reads “and indeed there will be time”. It’s taken from the T.S. Elliot poem “The Love Song of J. Alfred Prufrock”.
I knew, but “like a patient etherised upon a table” I didn’t act. I woke from the anaesthetic and my memory had been wiped. I think this poem powerfully illustrates the way that fear, procrastination and talking ourselves out of things … or getting distracted by “toast and tea” can sadly reduce our lives.

In a minute there is time

For decisions and revisions which a minute will reverse”.

On July 15, 1979, almost 30 years ago, American President Jimmy Carter’s Crisis of Confidence speech was televised. It could very well have been written today:

We are at a turning point in our history. There are two paths to choose. One is a path I’ve warned about tonight, the path that leads to fragmentation and self-interest. Down that road lies a mistaken idea of freedom, the right to grasp for ourselves some advantage over others. That path would be one of constant conflict between narrow interests ending in chaos and immobility. It is a certain route to failure.

All the traditions of our past, all the lessons of our heritage, all the promises of our future point to another path, the path of common purpose and the restoration of American values. That path leads to true freedom for our nation and ourselves. We can take the first steps down that path as we begin to solve our energy problem.

Energy will be the immediate test of our ability to unite this nation, and it can also be the standard around which we rally. On the battlefield of energy we can win for our nation a new confidence, and we can seize control again of our common destiny.

So onward, calmly. On the political front I was pleased to read an article this morning on lowering car speeds, so immediately responded with a comment. Tonight I’m giving a Climate Change Slide Show in Blayney and during the day today I’m getting ready for the Garage Sale on Saturday morning and the Blackheath Community Market at the School on Sunday.

Meanwhile a new disturbing scientific report about sea level rises has just been presented to the Senate. To go right to the source and read more of Dr James Hansen’s reports click here.

2 thoughts on “Like a patient etherised upon a table …”