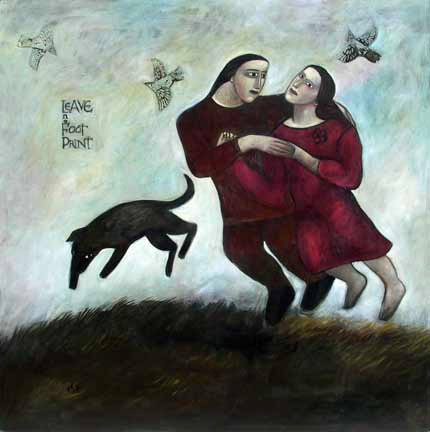 I’ve been so surprised … each day I’ve been finding one other action I can take to reduce my “footprint” and I’ve been thoroughly enjoying myself doing it … until today. I spent the night in a Motel in Blayney in freeeeeeeeeeeeeezing cold. The Motel was lovely but, like just about every other Motel, only provided air conditioning or electric blankets for warmth. Coming back to the room, fired up from giving a talk about Climate Change, I was determined not to use either. Well, not the smartest decision I’ve ever made. I huddled up shivering all night, with thin excuses for blankets, and barely slept a wink. As long blackouts become more frequent, and as electricity prices rise in the future, the whole industry will have to rethink the way it operates. Windows that can open for fresh air in summer heat and “real” blankets or doonas for winter cold! would certainly be a first step. The lesson I’ve learnt, for the future, is to take a doona or sleeping bag with me if I have to stay in a Motel room again.

On the political front today, I put together a new powerpoint presentation about actions we’ve been taking in Blackheath. I presented it at my first ever meeting of the Blue Mountains Conservation Society (talk about feeling like I was taking coal to Newcastle!) – this is the group of people who’ve been trying to protect our environment for 46 years while most of the rest of us have “blithely squandered our children’s inheritance” – not deliberately or even knowingly, but in a kind of sleepwalk in which we’ve been mesmerised by contemporary culture (or lack of it). I’d like to take my hat off to them and to all the others who’ve had the foresight to act for such a long time. 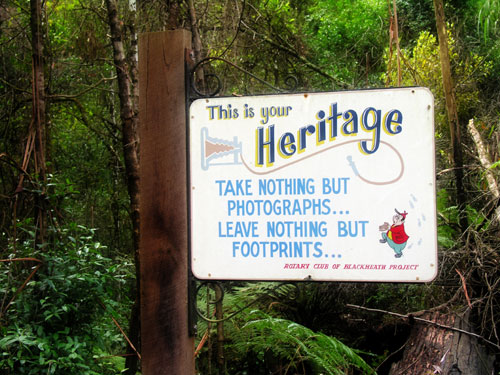 The Katoomba and District Wildlife Conservation Society (the original name of the BMCS) was formed in 1961, when a group of concerned residents met to determine the action that they could take to help protect the Blue Mountains environment.

Funds raised from the activities at the old Hut were accumulated, with a view to buying environmentally sensitive land and returning it to public ownership. As a result of this activity, a 25 hectare landholding in the Kanangra Boyd National Park was acquired in 1995, and incorporated in the National Park. The society contributed $40,000 toward the purchase of the land.

An important goal … was to obtain World Heritage status for the Greater Blue Mountains area of 1.03 million hectares, since it is an outstanding example of universal natural values, particularly its rugged scenery, biological diversity and vast expanses of wilderness. This status was achieved in 2000.

The Society operates plant nurseries at Blackheath and Lawson, staffed entirely by volunteers. The Society propagates native plants of local provenance which are then sold to residents, local and State organisations such as Bushcare groups, BMCC, RTA, schools, etc.

Thanks to Con Soc. I can now drink water out of my wine bottle without getting so many suspicious glances. They gave me one of their new Tapwater stickers. It’s part of a campaign to encourage everyone to drink water out of the tap instead of buying bottled water – a strategy to stop the use of unecessary plastics and our precious spring water. If you want to know why plastic bottles are so bad bad bad look at Chris Jordan’s photographs (scroll down past the blocks and toothpicks to see his depiction of two million plastic beverage bottles, the number used in the US every

five minutes) and have a read of Envirowoman’s site

2 thoughts on “Leave no footprint”