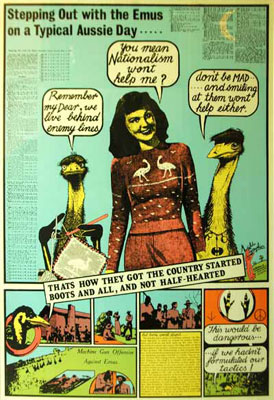 I grew up with a mother who taught me about knitting, crocheting and wearing aprons. In the last few years I’ve done a small amount of knitting but no crochet and no aprons. Today, however, I wore my mother’s old suede suit and there’s nothing like a suede suit to make you think of wearing an apron in the kitchen. It made me realise how slack I’d become about clothes. Instead of protecting my clothes while cooking I’ve just thrown them into the wash if they got dirty – my rationale: something’s going to get dirty and need washing – your clothes or your apron so why bother?

I think, though, that you can let an apron be a little dirtier than your clothes and they’re also usually a lighter fabric which makes them easier to wash and to dry … especially if you’re wearing suede, or wool or some other heavier material. The less washing, the less water wasted and

the less carbon emitted … and the clothes last longer!

My mother had the most extraordinary aprons that she’d embroidered herself and she put much more care into her clothes than I’ve ever done … these aprons however now feel more precious to me than any clothes I have: 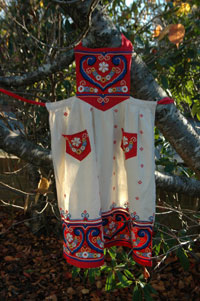 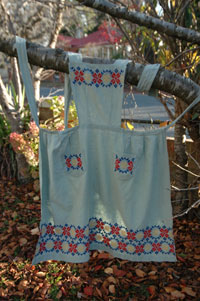 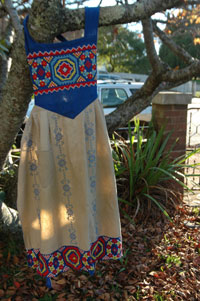 On the political front today I met with two of the Blackheath Climate Action Now members – it was such a hard thing to do … we sat outside at Cafe Memento drinking coffee, lapping up the sun and talking about making contact with other climate action groups around the mountains. It’s always inspiring to get together with the other people in our group. Catherine gave me a book that had been really important to her a while ago and I’m looking forward to reading it: “Soul of a Citizen – Living With Conviction In A Cynical Time” by Paul Rogat Loeb

“A book that should be placed in the hands of every cynic who sees societal problems and then retreats to their private sanctuary, shrugs and says ‘there’s nothing we can do.’ A powerful prescription for the cure of the insidious disease of cynicism.”

Back at home later I continued with my food sorting and cooking up of things that had been in the cupboard for too long (and wore an apron!). When the boys were very little they loved sultanas. I bought large packets of them and then suddenly they stopped eating sultanas. Today I decided to deal with the sultana glut and made an orange and sultana cake. (I cheated a little here and went out to buy some butter). I also found a bag of sunflower seeds, perilously close to ‘use by’ date. Fortunately I also had a beautiful block of couverture chocolate so I experimented and made sunflower seed chocolate … such a hit that the boys thought it was the best chocolate they’d ever eaten! 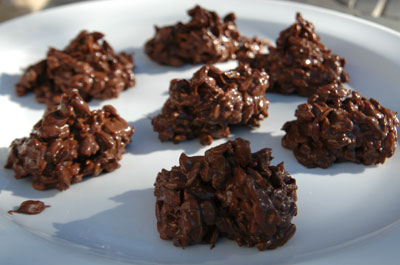 For dinner I made an “Interesting Meal” using lentils in the cupboard, tomatoes, silverbeet, chilli and broccoli out of the garden and a range of unnamed spices that have been there such a long time I can no longer read their labels … the general direction I was attempting to head in was Indian Curry and I think it came fairly close. 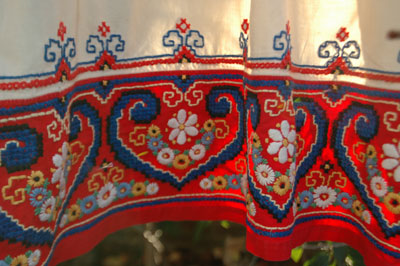