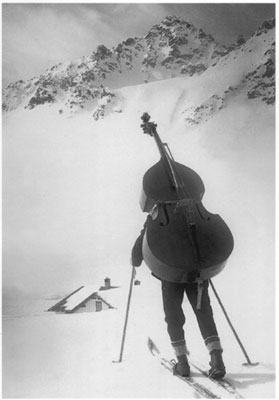 It has been soooooooo cold. Iâ€™ve been trapped indoors so have been taking the opportunity to keep tidying and getting things ready for the huge greatest mega garage sale of all time. While I was cleaning I found this Cath Tate card that I bought when I first moved to Blackheath. Identified with it immediately. While we did have some snow (although technically it was described as sleet) on Thursday morning it only lasted for a few minutes. Mostly itâ€™s just been cold and wet.

It is quite a change to the weather weâ€™ve been having until now so Iâ€™ve been doing a lot of research on keeping warm and what this does to greenhouse gases.

I simply cannot function if Iâ€™m too cold so heating is crucial. In our house we have the choice of central gas heating or a slow combustion wood stove but weâ€™ve been sticking with the gas. I find it quite confusing to weigh the two options up against each other.

While burning wood does emit more carbon dioxide than burning gas, wood fires may be considered to be CO2 neutral because this gas has been in atmospheric form before being incorporated into the wood as part of the growing process of the tree. If the wood is sustainably regrown the new tree absorbs this carbon dioxide making the fuel greenhouse neutral (ignoring transport emissions). This must be why people say that burning wood can actually be better than gas. It does seem, however, that this is a more longterm view which factors in time for trees to be regrown (please give feedback if you understand this better than I do). On the surface, it appears that gas may be the best choice in the short term (if you have a choice that is).

CO2 resulting from the burning of fossil fuel, on the other hand, may be considered to be a net addition because this gas has not been in atmospheric form before combustion.

The Government of Western Australia has some great charts that compare heating running costs and greenhouse gas emissions
When you compare each form of heating:

In WA about 15 % of residential emissions in 1998 were from heating and cooling. Apparently 28% of emissions were from water heaters, 52% were from electrical appliances and 5% were from cooking.

In a Sydney Morning Herald article in 2005 they quoted the Australian Conservation Foundation as saying that gas was the most environmentally friendly heating option but they also quoted Demi Brown from the Australian Home Heating Association who countered that:

wood heaters are environmentally responsible if they adhere to accreditation standards and are used with care. â€œThere has been a reduction in wood smoke emissions by up to 80 per cent in certified clean-burning wood heaters since 1992â€³

Only using wood that is accredited is crucial because it means that it is not taken from national parks or from areas where the habitat of native species is being threatened. Birds and other animals, for example, use hollow logs for nesting and breeding.

Burning wood does, however, pose some quite significant problems. Woodsmoke contains a number of noxious gases (including carbon monoxide, oxides of nitrogen, and a range of organic compounds, some of which are toxic or carcinogenic) and fine particles, which go deep into the lungs.

Anyway, I spent so much time on this that Iâ€™ll count it as my personal action for Thursday. I also went looking for a second hand light fitting for our loungeroom (no luck), got our NRMA Open Road magazine cancelled (inspired by all Bethâ€™s actions in the blog comments on June 6) and started mending my clothes. I have always put things aside because I was going to mend them (in theory) – today I finally put theory aside and started mending them â€¦ starting with my jumper which was unravelling at the sleeve so I crocheted it back together. It was so unbelievably easy to do and I canâ€™t for the life of me work out why Iâ€™ve always procrastinated about starting before. Mind you, I wouldnâ€™t have done it without setting myself these targets I guess.

On the political front I registered our Blackheath Climate Action Now Group with the Nature Conservation Councilâ€™s Climate Movement website and clicked to send a letter from the bottom of their page to the ABC about The Great Global Warming Swindle which the staff say theyâ€™ve been pressured to screen.

I gave a Climate Presentation to the new group of Greencorps young people who are starting work at Blackheath Public School.Theyâ€™re going to put in vegetable gardens etc to help make the school a model of urban sustainability.

â€¦ and I sent emails off to Malcolm Turnbull and Peter Garrett about the Government saying it is too early to set targets and that national carbon emissions trading canâ€™t start until 2012 – and this after the business roundtable said it would cost us more the longer we wait to act!

5 thoughts on “Greetings from Bleakheath”