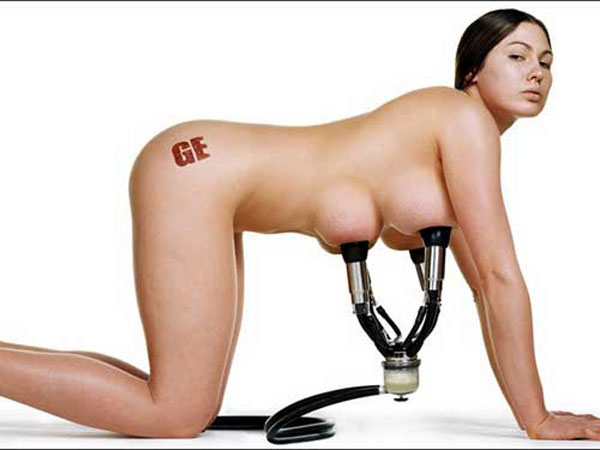 As ordinary Australian people are being so symbolically locked out of the APEC security zone (Australians Pushing Export Coal), John Howard and George Bush are busy making sure that “no billionaires are left behind”. It’s timely, then, as these billionaires gather, thinking they can determine our future, that the current Digger’s Club magazine focusses on Genetic Engineering and the multi-billion dollar Corporations Monsanto and Bayer who are pushing GM.

The Australian and US Governments do not require either of these companies to conduct or publish health studies on GM crops. Monsanto and the US Government also have patents on Terminator Technology that creates “sterile seeds by selectively programming the plants to kill their own embryos.”

my heroes, Vandana Shiva, has said:

“The gradual spread of sterility in seedling plants, would result in global catastrophe that could eventually wipe out higher life forms, including humans, from the planet. Never before has man created such an insidiously dangerous plan to potentially control the livelihoods, food supply and even survival, of all humans on the planet.”

“Every third bite we consume in our diet is dependent on a honey bee to pollinate that food.” American Beekeeping Federation

The British Medical Association has cited, among other risks, the threat of antibiotic resistant marker genes combining with bacteria in the human gut.

The Royal Society has said, “GM could lead to unpredicted, harmful changes in the nutritional state of foods.”

We can no longer sit back and trust our governments to make decisions about this without our input. As questions concerning GM crops continue to build a disturbing argument against their use Mothers against Genetic Engineering are one of many groups rising up to demand that our governments don’t lift existing bans on GM crops.

“I am not aware of any peer reviewed scientific literature that establishes the safety of even one specific, genetically engineered food, let alone the safety of these foods as a general class.”

One of my political actions in the last few days has been to sign a petition calling for Australia to be kept GM free. It specifically asks to extend the ban on GM canola until 2013 and to support the ban on Terminator Technology. It gets sent to GeneEthics 79784, Carlton Vic 3053 Ph. 1300 133 868 or info@geneethics.org

I also visited the Greenpeace site on Genetic Engineering and submited an email there.

As a personal/political action I was inspired by Nada’s beautiful Grandiflora blog and spent an evening collecting and packaging seeds and organising them in a box with dividers so that I’ll be able to find all my seeds and plan my spring garden. Bill Mollison said that theoretically you can always squeeze in one more plant but, unless I’m organised and have seeds at my fingertips, I know I’ll just procrastinate and be an armchair permaculturalist looking at all my “permaculture porn” books but not actually doing anything. This is the first step to action … and this action is about as political as I could possibly get – I’m saving heritage seeds and joining with thousands of others around the world, building up a bank of them so that we have independence from Monsanto. 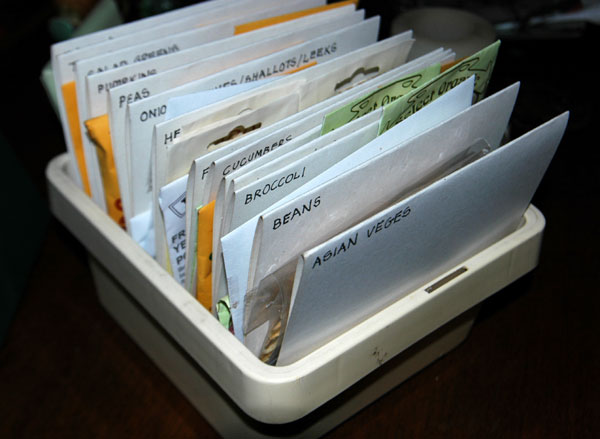 My second action was to ring Green Harvest and order 100 seed potatoes (a combination of Desiree, Kipfler, Nicola, Pontiac and Red La Soda), ‘Ever Red’ Rhubarb, Ginger, 20 Asparagus ‘Mary Washington’ and some Yacon or Peruvian Ground Apple … apparently the Yacon are delicious, sweet, juicy tubers, and you can eat them raw or cooked, make juice out of them etc. One set of tubers can produce 4 buckets of food! I also ordered some more seeds and a wooden tool that helps you to make your own pots out of newspaper …. would love to not have to buy plastic pots!

While I know mail order companies like Green Harvest survive because lots of people use them all the time, I’ve always had some procrastination gene working that meant I drooled over the catalogues but never actually got around to ordering anything. Yeeha – I’ve finally done it … and just in the nick of time. Diggers had sold out of most of what I wanted but I’m going through their catalogue tomorrow.

I’m determined to learn everything I can about seedsaving and gave some seeds to Anna today in exchange for some raspberry canes she gave me. I’m also looking forward to going to my first Seedsavers Group meeting next month.

7 thoughts on “Genetically re-engineering myself”