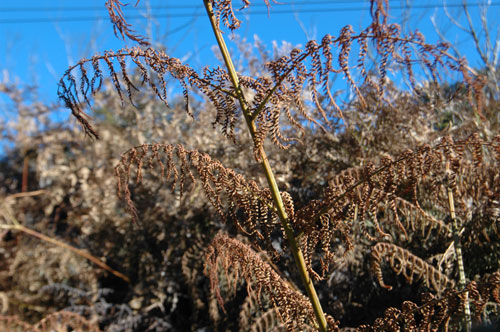 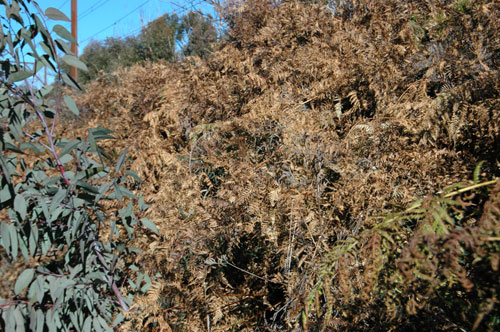 On Saturday the temperature dropped to -3C and even though the children were in tears playing soccer in the cold in Lithgow (I reckon the wind chill factor must have been -10C), I reminded myself that we’re still luckier than the 70 children in Peru, all under 5, who’ve died of pneumonia and respiratory illnesses in the last three months. The temperature there has dropped as low as -20C and even low-lying jungle regions are facing unusually cold weather, with temperatures dropping to 10C. 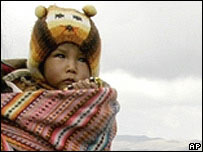 Within hours of soccer my boys came home and had raging temperatures. Fortunately they’ve been able to spend the day tucked up in a warm house and tonight are feeling noticeably better. I can’t begin to imagine what -20C without proper heating and warm clothes would be like. Meanwhile in Australia our cold snap has even bleached the coral reefs … something I never knew could happen.

But back to some good news!

The U.S. House of Representatives on Saturday passed a Democratic rewrite of U.S. energy policy that strips $16 billion in tax incentives away from Big Oil and puts it toward renewable energy sources like wind and solar power. According to Reuters, the New Direction for Energy Independence, National Security, and Consumer Protection Act and the related tax title would spur a massive redistribution of federal incentives to wind, solar, geothermal and away from producing energy from oil, natural gas and coal.

The bill sets new standards for appliances and building efficiency codes, and spurs possible renegotiation of faulty Gulf of Mexico drilling leases signed by the Clinton administration that left about $2 billion on the table.

The House voted 220-190 to add a controversial amendment that would require U.S. utilities to generate 15 percent of their electricity from renewable sources like wind and solar by 2020. Utilities in Southeast and Midwest states that lack wind currents needed to justify new wind turbines would have to pay billions of dollars in penalties to comply with the rules.

Mind you this is still not a fait accompli. President Bush has vowed to veto the bill because of concerns that it could boost energy prices and because it does nothing to encourage increased domestic production of oil and gas.

Floods, cold snaps … all extreme weather events caused by the warming of the globe.

Knowing what I now know, I feel really ashamed to admit that it’s only been in this last 18 months that my thinking has shifted on what it really means to be selfish. Until recently there was a part of me that viewed being stingy and miserly and frugal as being selfish, and only caring about making as much money for yourself as you could. I deliberately left all the lights on because I thought quality of life was more important than stockpiling money! I thought being extravagant was being generous and kind. Now I view frugality as the new generosity! The more frugally we can live our lives, the more generous we are to future generations and to people whose lives are already being destroyed by climate change and poverty. Somehow I’d forgotten the poster I had on my wall as a teenager: Live simply that others may simply live.

So, having a long way to go, I continue to take daily actions to retrain my behaviour and to remodel my existence into one that has more respect for all the others sharing this tiny planet of ours.

In the last 4 days my new personal actions have been:

1. To swap our main phone over from a cord free electrical one to an “old fashioned” fixed phone that will work, even through blackouts. This is less convenient now but doesn’t burn electricity 24 hours a day, won’t keep being misplaced and won’t keep going flat in the middle of a conversation.

2. To fill old plastic drink bottles with water to become freezer blocks for trips away, rather than throwing them into landfill.

3. To start using bicarbonate of soda for cleaning.

4. To stop drinking alcohol – I’ve slipped this one in last even though it’s a HUGE decision on my part. HUGE BEYOND HUGE. DRAMATICALLY HUGE, ALMOST INCONCEIVABLY HUGE, NIGHTMARISHLY HUGE …. GULP …. I’m not sure how long I’ll be able to keep this up, but the combination of feeling ill when I see all the bottles we go through and the need to stay healthy for the boys, is enough to motivate me to try. A few months ago we made some home brew but we haven’t kept it up and it’s so easy to slip back into convenience … then wonder why you can’t shake the flu a month later. With a bit of luck staying off “the bottles” will translate into better health too …. and more frugality.

Politically I’ve attended another planning meeting for the Environment Summit to be held in Katoomba on the 13th/14th October and then contacted Mark Diesendorf to be the keynote speaker – thrilled tonight to have him accept. He’s just published a new book called “Greenhouse Solutions with Sustainable Energy” (May 2007) and knows more about the possibilities and practicalities of renewable energy than anyone else I’ve come across. 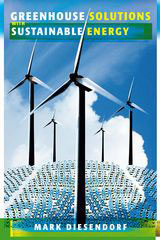 I’ve had another meeting at the Golf Course about strategies for “Greening” the Club and about starting our film screenings with every Climate Action Meeting on the 2nd Sunday of the month at the Club. Next Sunday we’ll be screening David Bradbury’s “A Hard Rain” after the meeting (starting at 6pm). I’ve also made videos of the East Timor Garage Sale in Leura, the performance of The Lorax at Blackheath Public School and our Community Markets today. Hopefully these will be up on the Web soon.

I also spent some time reading and commenting on The Big Switch website.

And if you haven’t seen it yet, there’s a great new site called Home Page Daily where I found out about a new movie called Zeitgeist.

By the way, if you enjoy reading these blogs, why not subscribe so you can be notified whenever we post new blogs – we’d love to get to 365 subscribers to prove that at least 365 people believe that we need the action of A Year In A Day and are keen to be reminded that the solutions are both personal and political. Add any actions that you’re doing into our comments section – you may inspire someone else to do the same.

4 thoughts on “Frugality as the new generosity”