Today I FINALLY wrote a letter to the Prime Minister. For the last year and a half I’ve been so upset about his lack of action on climate change that I’ve nearly burst a foo-foo valve, but I’ve never actually mentioned it to him. Strange really, the immature level of communication I have with the person who’s making all the decisions about my children’s future. I’m as bad with him as I was with my first boyfriend. Never saying anything when I was upset because “If he really loved me he’d know what I was thinking.”

But how can you expect your partner to know what you’re thinking unless you tell him. There’s no point storming around the house in a fit of pique when it would be so much easier to sit down and talk with him than to keep the incessant ranting in your head.

But you know how it is. Those little voices “assuming” to know how the other person will react, or “assuming” to know what they’re going to say. “He doesn’t care. He wouldn’t have done it in the first place if he knew how I felt about it.” Of course, there’s an underlying lack of faith and respect in the other person when we do this, as well as an element of low self esteem in ourselves. As a MATURE adult with Ian I now know that the quickest way is through and that its better to tackle things straight away rather than stew on them. I also never “assume”. I ask him what he’s thinking and let him know what I’m thinking so that we can get a dialogue going straight away (then I threaten to take the kids and leave, cut off his testicles and smash his computer if he doesn’t do what I want). Yes, it’s so much better now that I’ve matured. So today I FINALLY wrote a letter to the Prime Minister.

John how could you do this! Where were you when I rang the other day? I thought you loved us. You promised ….

I then realised I was probably getting a little too emotional, so went for a walk around the block and wrote this one instead:

I rang your office last week and am now writing in dismay over your comments about â€œfuzzy renewablesâ€ and the announcement of your plans for nuclear power stations to be built in Australia. I am the mother of 6 year old twin boys and am devastated that this will be the legacy of your time in office for them.
I have researched this very carefully and it is clear that Australia could easily meet its energy requirements, including baseload, with a combination of efficiencies, solar, wind, biomass, geothermal and gas (we have enough of this to last approximately 70 years which would allow for further technological development in the meantime).
Why have you chosen to build these power stations when they are so patently inappropriate and bring with them such dire ramifications.
Is Australia planning to build nuclear weapons?
Australia is in an extremely prosperous position – now of all times in its history the country could afford to establish renewable energy which will never run out and never lead to wars or waste. Why are you not investing more heavily in solar, wind and geothermal?
Why have you refused to join in with the International Community by not ratifying Kyoto?
When I rang your office I was told that you did not want to spend millions of dollars joining Kyoto (could you explain this) when we were already meeting the Kyoto targets (new reports seem to suggest otherwise).
The only way I can ever get anything done and stop procrastinating is to set myself targets – your government seems to be procrastinating on a scale that defies comprehension when the whole of humanity is hanging in the balance – why do you still refuse to set emissions targets and just get to work meeting these IMMEDIATELY
I would appreciate a detailed answer as I feel that you have betrayed parents who have put their trust in you to look after this country for their children,

“To sit home, read one’s favorite paper, and scoff at the misdeeds of the men who do things is easy, but it is markedly ineffective. It is what evil men count upon the good men doing.”

Phew, after writing that I decided to give my head a break and watch some Simpsons’ Shorts 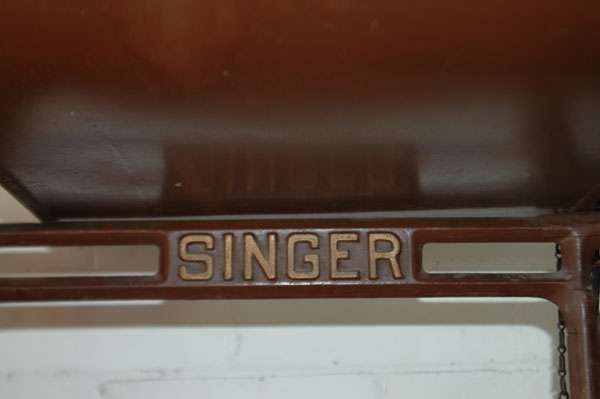 As a personal action I also tackled a big one today. Since it finally got through to me how polluting electricity was (I’m ashamed to say this only happened 16 months ago) I made a huge shift and started using Australia’s first solar powered clothes dryer – the hills hoist! Every now and then, though, when I was in a hurry, or it was raining or I was simply too exhausted to bother, I reverted to form and threw things into the electrical drier. (I’m just one person, what difference will it make?) Well I finally faced the fact that the world is made up of billions of people who see themselves as “just one person” so today I unplugged the drier and moved it out of the

house to the most inaccessible place I could think of. It’s still there in case of emergency (eg. lice infestation, the great flood … ) but it’s now EXTREMELY INCONVENIENT. To deal with the issue of the boys’ school uniforms (which I always run out of and then have to wash and dry at the last minute) I’m going up to the school tomorrow to buy more second hand shirts so that I’ve got enough for the whole week and will only have to wash weekends.

A side benefit of moving the drier is that I’ve freed up one of the nicest spots in the house for a completely energy free use. I’ve placed my grandmother’s old treadle sewing machine (which until this point had been merely decorative as a hall table covered in “stuff”) under the window. The spot gets beautiful northern light and looks out over the kids’ play area and my vege garden. I’m keeping my fingers crossed that this strategic realignment will actually lead to me doing some sewing and teaching the boys how to sew … yeah right, but I can always dream!