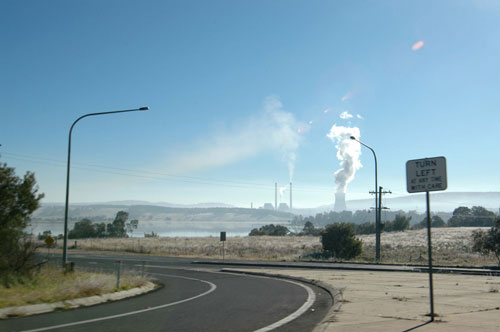 Early this morning we drove home from Canowindra via the Coal Fired Power Stations at Wallerawang. At Mt Lambie, which overlooks the Power Stations, I stopped to straighten the vase of flowers on my friend Sonya’s grave. A storm must have blown it over. In 1992 we were working together at Prime Television and I remember how excited she was because she was about to go on an overseas trip. On her way home, a truck heavily laden with wool bales put an end to her dreams as it tipped its load onto her small car. We lost a beautiful beautiful young woman. At Sonya’s funeral we played her favourite song, James Taylor’s “Shower the People”. I still can’t sing it without crying.

Her death triggered the formation of the Highway Safety Action Group of NSW that same year and they erected this plaque for her. 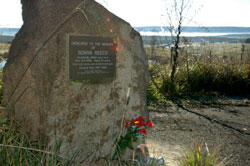 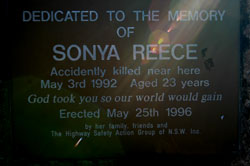 How many lives could have been saved if the rail system had not been downgraded in favour of road transport? How many lives can we save if we stop building coal fired power stations?

prompting from our “followship” (I’m sorry, I simply can’t bring myself to use the word leadership!)
many people seem to think that it doesn’t matter that Australians are the highest emitters of greenhouse gasesÂ  per capita in the world. They think it’s irrelevant, thanks to prompting, because China’s emissions are so high and set to grow dramatically higher. Ever thought of buying less to reduce the demand for products? In one fell swoop America and Australia could lower Chinese emissions by simply reducing our demand for more “stuff” to be made. 40% of China’s illegal logging from Siberia, for example, goes to make furniture for Ikea and Home Depot in America.

BEIJING – China said on Thursday it was unfair for rich countries to buy its cheap goods and then condemn its greenhouse gas pollution, a day after one study suggested the nation was already the world’s biggest carbon dioxide emitter.

“China is now the factory of the world. Developed countries have transferred a lot of manufacturing to China. What many Western consumers wear, live in, even eat is made in China,” spokesman Qin Gang told a regular news briefing.

Well, back to the drawing board as I find ways to continue to lower my own emissions. On Thursday, coinciding with the news from China, I decided to tackle all the “difficult” lightbulbs that I still hadn’t replaced around the house. I’d hoped to replace these old “chandeliers” but had no luck finding a more appealing light fitting when I did the rounds of the secondhand/antique shops last week. Seeing as I’m stuck with them I managed to get compact fluorescent warm light bulbs in candle shapes through our local hardware shop. They were horrendously expensive (about $20 each) but what price do you put on your children’s futures? 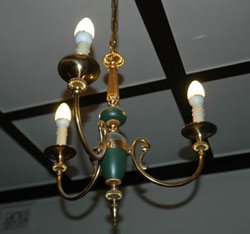 Greenpeace and nature conservation councils in each state have adopted a strategy to put pressure on high-profile MPs and MPs in marginal seats about their commitment to the issue of climate change.

Thirty “big switchers” – residents recruited to take part in the campaign … will … organise meetings with their federal MPs to discuss global warming policies.

Surveys were sent to all MPs in March asking them about their views on climate change, whether they bought green power and what kind of car they drove.

The Big Switch campaign includes a website explaining how to reduce emissions; a call for all political parties to support legislation that cuts greenhouse gas pollution by at least 30 per cent by 2020; and a push to get at least 500,000 people to sign an online pledge to reduce their emissions. (Wendy Frew, SMH)

On Friday, after dropping Climate Change kits and placards off for a student event at Wentworth Falls, we drove to Canowindra to open a Climate Change Exhibition at Taste Canowindra. This is a very contemporary and beautiful Gallery/Theatre Restaurant/Wine Cellar Door which had an inspiring collection of art. I talked about how it was one mother talking to me at the beach that led me to completely change the direction of my life to work on Global Warming. She could easily have decided she just wanted to relax and enjoy herself and not have made the effort to talk to me. But she didn’t. She chose to make the effort. Each one of us is like a domino that we urgently need to get standing. There are huge black holes between each domino. Some of us are shiny new plastic dominoes like me while others are beautiful worn wooden dominoes who’ve been working on the environment for years. It doesn’t matter though – as long as each domino is standing and we have enough close together. The point is that, to get our “followship” (internationally) to follow us, we have to get more dominoes standing. When the dominoes start to fall there need to be enough close together to keep the momentum going around the whole world.

For my personal actions:

â€¢ I FINALLY got Ian to teach me how to inflate the tyres on our car to the correct pressure. It was one of those things I knew I should do but for some reason I haven’t been able to bring myself to do it. As usual, it was so much easier than I’d built it up to be. Tyre pressure is crucial for getting the maximum mileage out of your car so, especially on long drives like today, anything that will reduce fuel consumption is a good thing.

â€¢ I broke a lifetime habit of always collecting the free ‘bits’ in the Motel. Suddenly I’ve realised that little fiddly things consume so much more packaging. They are obviously extremely wasteful. Things like sugars, coffees and teas, shampoos and shower caps. Today I walked away empty handed and, of course, it’s much kinder to your hosts who don’t need to keep stocking up. 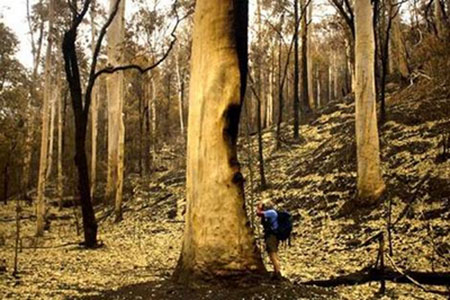 4 thoughts on “China – the world's factory”