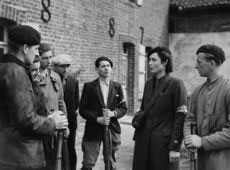 I wonder at what point the people who eventually became part of the French Resistance decided to cross the line from the comfortable lives they’d always lived to a place where they risked everything to fight for the good of other people? I wonder why some people choose to resist evil and why some people just accept it or give in to it – even when they know their children will suffer if they don’t stand up and fight?

A very disturbing new BBC documentary called The Trap shows how, since the Cold War, our whole society has been “rewired” to believe that there is no such thing as self sacrifice and altruism. That working for the public good is a complete fantasy.

Much of contemporary politics and psychiatry has its base in John Nash’s Games Theory – it is only now that we are finally realising how flawed that theory was. Nevertheless it has infiltrated our lives to a point where we even eye family members and partners with Games theory suspicion, assuming that everyone is simply motivated by self interest and a need for control or power. 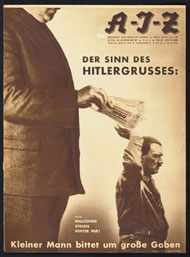 James Buchanan, the inventor of public theory, perpetrated the idea that we were better off with politicians who were a bit self interested and greedy, and who could be bought (does this sound like the hand of big business?). “Yes Minister” was designed to help people lose trust in the public service during Thatcher’s Britain and now we all laugh and accept it as a given … we all mistrust politicians and find it hard to believe that they could genuinely be motivated by altruism and compassion.

I wonder at what point it will fully dawn on people that what we are facing now is far greater and ultimately far more damaging than anything the French Resistance stood up to.

I wonder at what point people will look back and realise that one personal and one political action a day was the least we could have done?

Today was a fairly hefty day in terms of political action. It is a real worry to a lot of people in the mountains that there is no safe bike track between towns and that the highways are far too dangerous to ride on. This will be an even bigger problem as we face peak oil issues and as we need to rapidly find alternative means of transport to reduce carbon emissions. It will also be a huge issue as we try and educate our young people not to expect to drive as much in the future.

So today I joined a group who met with council to lobby for bike trails to join the towns in the Blue Mountains. This is not high on Council’s list of priorities but if we value the safety of our children and fully grasp the need to lower emissions we urgently need to make it one of their most important priorities. It is also a low carbon way to keep tourism alive in the Blue Mountains.

I then gave one of my Inconvenient Truth Slide Presentations to the AGM of the Girl Guide Trefoil Guild. Having been a Brownie, a Guide, a Patrol Leader and a Lefty in a former life I think often now of the Guide motto that is so appropriate for dealing with Global Warming: “Be Prepared”.

As it is the centenary of Guiding I couldn’t help but speculate that it would be a great opportunity for the Guiding movement to lead the way in training young people to act on global warming and to “be prepared” to cope with what the future has in store.

From Katoomba I headed for Bathurst to do a presentation to the staff at Country Energy. I angsted about my car the whole time I was driving and finally decided to pursue the option of carbon offsets – even though I’ve “resisted” buying them until now. There was no way I could have avoided driving, other than saying no to doing the talk. I decided, as my guilt wore me down, that I may as well throw in my towel with the Queen who’s currently still in the U.S. As the BBC reported, “The tour is the Queen’s first carbon-offset state visit, where a donation is made to an environmental charity to offset the plane journeys made by the royal party.”

I decided to pay for offsets with Climate Friendly whose web purchasing option is extremely easy and accessible and they donate 5% of net web sales to WWF-Australia to support their conservation programs. Am so impressed with myself for tackling this one because its always been easy to find ways to “resist” doing so. Strange the things we choose to “resist”.

The staff at Country Energy were amazing and very very supportive of renewable energy. I think they’re all just itching to get on with it. So much so that one of the staff there told me that AGL, Frontier Economics and WWF-Australia have completed a pragmatic economic evaluation of how to achieve emission reductions in the Australian electricity sector.

realistic target by 2030 consistent with the greenhouse gas reductions advocated by climate scientists.

It shows that Australians could pay as little as $250 each to achieve a 40% reduction in greenhouse gas emissions from the country’s electricity generation industry by 2030.

If we act now, Australia could afford to significantly reduce emissions from the electricity sector by 2030.

If a one off payment could do this then all I can say is forget all your rebates Mr Costello and take my payment now!