One of the loveliest things about growing your own food is sharing it with other people. Today Nada and Carlos arrived armed with shallots for me to plant out in my vege garden. 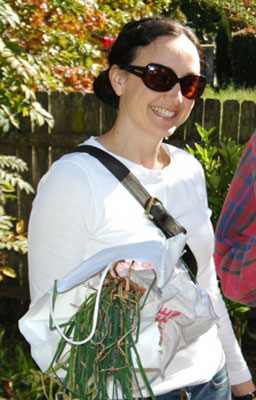 Nada also put me onto an article in Culture Change: Albert Bates, guide for our post-petroleum, globally warmed future

Apparently Albert Bates had a huge influence on Al Gore. He’s also written The Post-Petroleum Survival Guide and Cookbook: recipes for changing times, which has a foreword by Richard Heinberg, author of The Party’s Over.

People knowledgeable about peak oil have to agree with Heinberg: “There is a profound and growing need for a Peak Oil Survival Guide.” But why a cookbook too? Heinberg says, “There is nothing more basic to human life than eating, and Peak Oil will require some serious adjustments in how we feed ourselves.” Heinberg concludes his foreword eloquently: “Start living a post-petroleum lifestyle now and avoid the rush.”I think we have an individual preparedness to be concerned with, and that involves securing a supply of food, water, shelter and other basic needs for yourself and your immediate community. And then we have a larger social preparedness, without which there is no hope for the individual to survive. This second area involves threats that can only be addressed by better public policy and general mobilization of the whole macro society — threats like world population, climate change, nuclear hazards, biogenetics, toxic timebombs.

Few recognize how close we are to human extinction, or even that we may have passed an irreversible line that could lead to that and worse — extinction of all life on Earth. History becomes nearly irrelevant in those circumstances, as do most of the plans we have laid for ourselves and our descendants. We will not be colonizing Mars. In the centuries to come, we can speak of success if there are still human colonies on Earth.

I believe best generic viagra prices we can and should make our own luck. We won’t survive unless we stop consuming our seed corn. When you are running out, it isn’t enough to slow down. You have to stop. Much as you think you can make it just fine in a cave, saving the whole planet involves getting engaged with public policy, not digging a bunker in Idaho, or sitting on a zafu and chanting om.

Don’t get me wrong on chanting om, though. We need to begin from a clear, quiet, peaceful and respectful center. Get there how you will.

So, onward, learning to be a voluntary peasant! 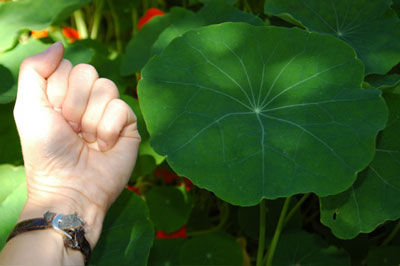 So now, back to “getting engaged with public policy”. Today I bit the bullet and rang the Prime Minister’s Office to express my concern over the fact that Australia hasn’t ratified the Kyoto Protocol. In this instance she said I wouldn’t get a response unless I wrote a letter. She also said that because we were meeting our targets the Prime Minister didn’t want to pay millions of dollars to join Kyoto.

At that I went back to the washing. For the first time I washed all our clothes with an environmentally friendly Australian owned and manufactured detergent called enviroClean. If you return the empty container for refilling they give you a $1.50 refund on your next purchase. Not a bad way to encourage reuse. More importantly it has no Phosphate (which can cause algal growth and clog waterways), it’s biodegradable and 100% soluble in water without fillers and chlorine. It has no petrochemicals, no caustics and isn’t tested on animals. It’s a bit dearer but I’m saving so much on all the other things I’m doing I don’t mind if the occasional thing costs a little more.