Today was a grey grey day … but only weatherwise. So many other days vanish because their sameness turns them grey and blurry in memory … or perhaps they turn grey simply because they haven’t been recorded and so get forgotten. END_OF_DOCUMENT_TOKEN_TO_BE_REPLACED 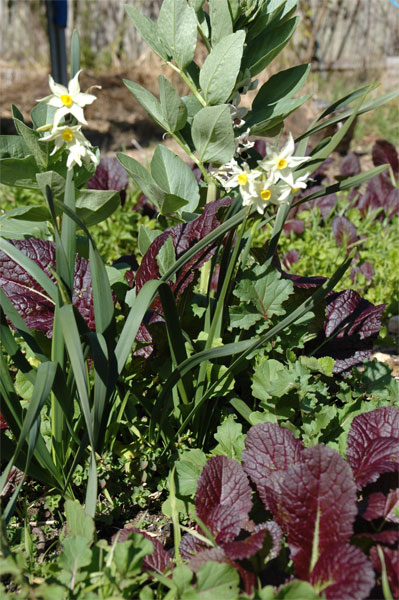 One of the first words my twin boys learnt was “bird”. As toddlers they stood at the glass doors looking out into our courtyard and were far more interested in the life before them than the plastic toys behind them. While they were in pre-school I joined them in their love of birds and spent a year illustrating birds for a brochure on the birds of the Blue Mountains and also for a book called Wild Neighbours. You could say we had an above average fondness for feathered creatures … that is, UNTIL I started gardening. END_OF_DOCUMENT_TOKEN_TO_BE_REPLACED 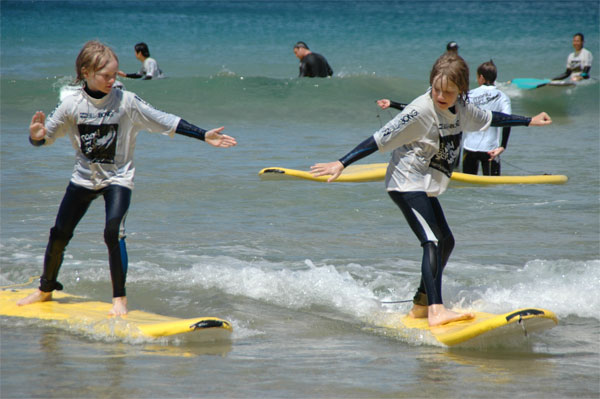 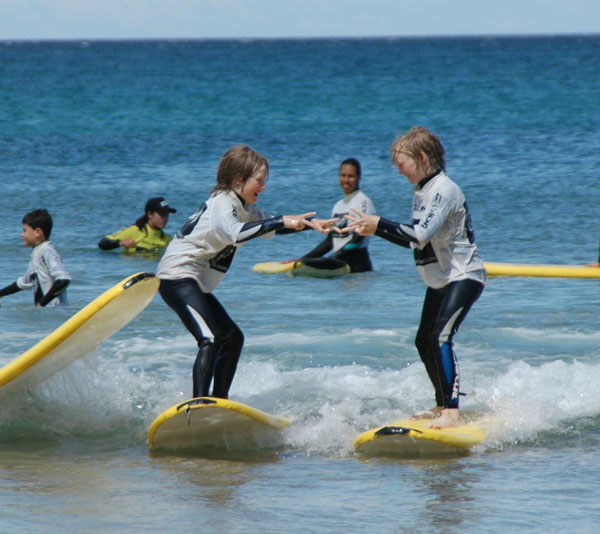 My children don’t want to postpone joy. They dream big and want to try things, see things, be with us (still), and have fun. I ache for them and their future but sometimes I have to let go and experience the joy of simply being alive with them. For that reason, on the last day of school, we bought an old low-tow hydraulic pop-up caravan (that our 4 cylinder car can drag along), and on the 2nd January headed off to Narrabeen for a holiday by the sea. END_OF_DOCUMENT_TOKEN_TO_BE_REPLACED 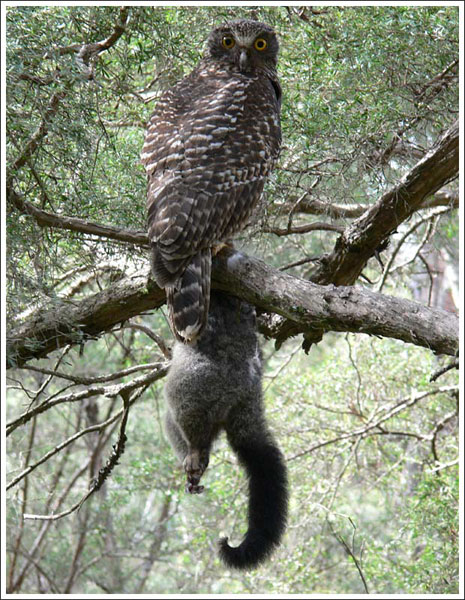 There’s very little that could be more powerful than a group of people with the same goal working together. Last Saturday, after one hour of throwing ideas around, 12 of us permablitzed for 3 hours to transformÂ  a neglected patch of yard into a productive herb and vegetable garden. What was achieved in an extremely enjoyable morning would have taken the owner of the property at least 36 hours to achieve on his own … probably longer given that the group dynamic meant that energy levels were high and everyone was motivated to get the job done quickly. END_OF_DOCUMENT_TOKEN_TO_BE_REPLACED 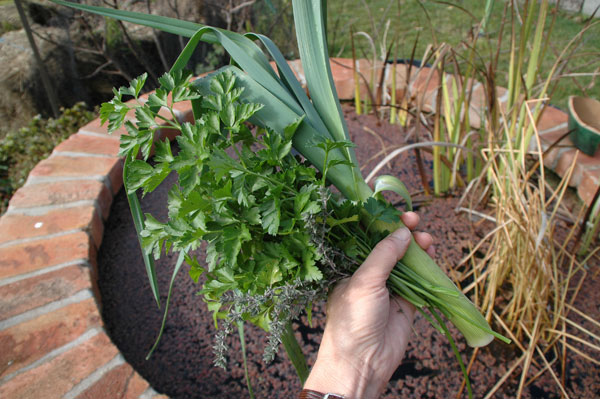 As I well know, it’s one thing to know how to do something but another thing to actually do it! On June 11th I set myself the challenge of gardening as if my life depended on it and since then I’ve been harvesting something from the garden every day. It had seemed as though it would be such an easy thing to do but, in fact, actually moving towards using, let alone producing, all your own vegetables requires a major shift in both thinking and behaviour. Suddenly, instead of just quickly throwing something together for dinner, I’ve had to think about what’s available in the garden and then about how to create a meal around it. I’ve had to, for example, take the time to make a stock with what I’ve got, rather than buying a packaged variety readymade from the shop. END_OF_DOCUMENT_TOKEN_TO_BE_REPLACED 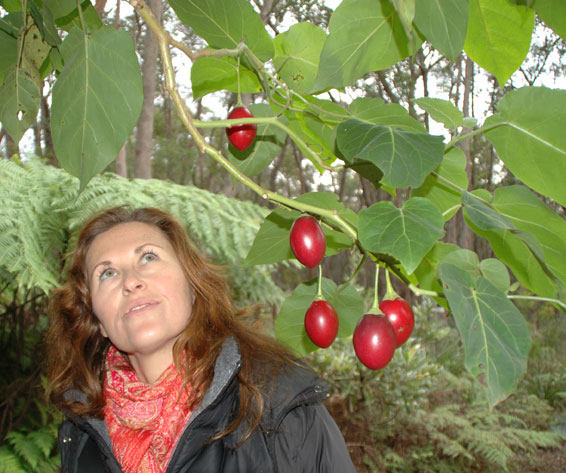 Who would have thought with the heavy frosts we’ve had and the constant attacks of raider birds like cockatoos, king parrots, bowerbirds and currawongs, that you could simply walk out into a Blue Mountains Garden on a freezing cold winter’s day and harvest a bowl full of these glorious crimson tamarillos … but that’s exactly what we did do today when our permaculture class visited Ken and Jan Goodlet’s inspirational Food Forest in Hazelbrook. END_OF_DOCUMENT_TOKEN_TO_BE_REPLACED 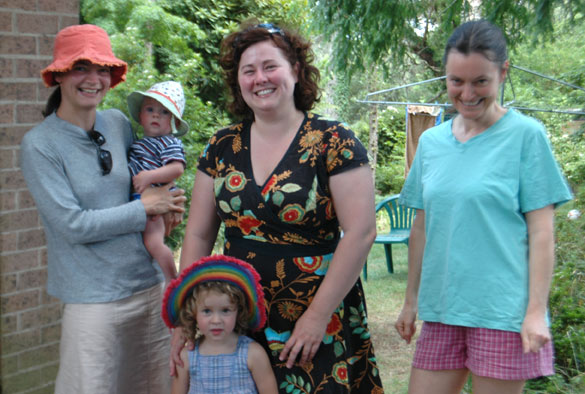 These are the other members of the Seedsavers Group I’m a part of – Francoise, Kate and Adele with Rosie standing in the front, and Francoise holding …..Â  This was obviously taken before the cold set in! The great thing about our group is that we meet every Wednesday and share gardening notes, seeds and, as often as possible, actually plant out containers of seed. Another great thing is that we share our trials and errors … with potatoes, for example, we all planted at vastly different times and have now been able to compare notes. END_OF_DOCUMENT_TOKEN_TO_BE_REPLACED 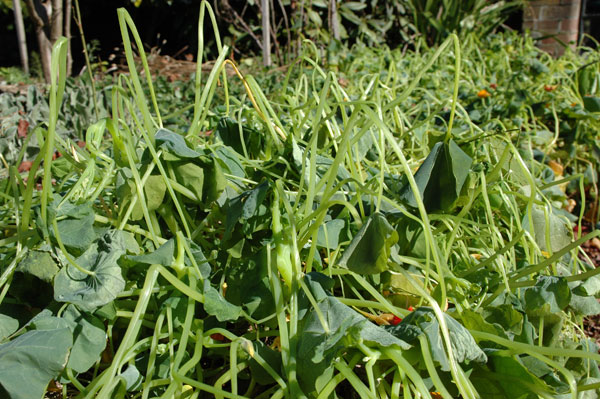 There is a most overwhelming smell that fills the air when nasturtiums die. Last night the temperature got down to -2.5C and my beautiful nasturtiums all collapsed. I checked my post last year and the photo is almost identical – the only difference this year is that the frost came 10 days later than it did last year. Thank goodness I experimented with making nasturtium pesto last Sunday before I lost them all. It’s high in vitamin C so has hopefully bolstered my immune system to cope with this cold snap. END_OF_DOCUMENT_TOKEN_TO_BE_REPLACED 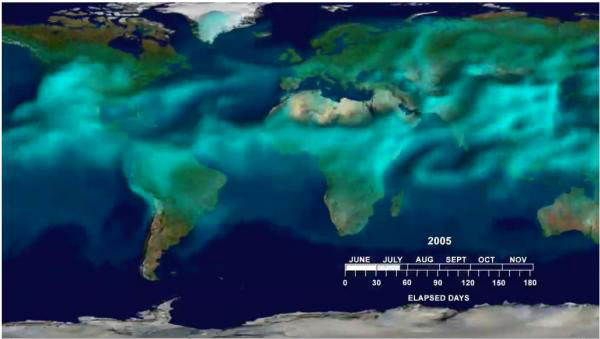