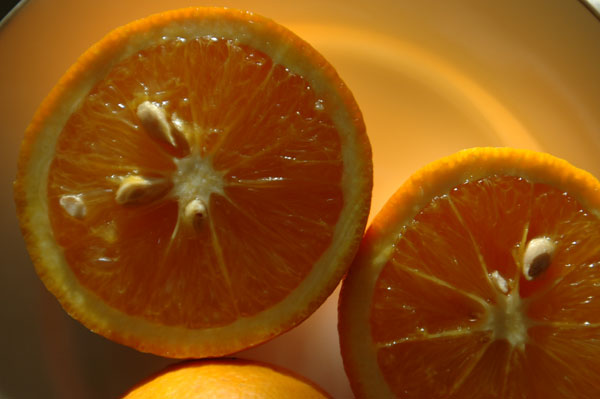 Today Nada bought me oranges from her mother’s garden. I felt like someone in a Jan Van Eyck painting for whom oranges would have been a very special gift indeed – a symbol of wealth and privilege. So today I felt honoured to receive beautiful, fresh oranges, like an explosion of sunshine, from a lovingly tended garden in a warm far-off land … well, actually less than two hours away in Sydney. They looked and tasted delicious.

Surprisingly it’s also been extremely warm and sunny here for the last few days. ****@@@???? hang on, after working on global warming for over 18 months how can I turn around and still say surprisingly? What is it in human nature that keeps us reverting back to habitual behaviour and habitual thinking? … the sort of thinking that still allows us to be surprised by warmer or wilder weather, and the sort of thinking that slips into “oh, everything’s going to be all right” mode, despite clear evidence to the contrary – a bit like all those people who are straight back into the stock market after all the recent volatility … somehow ignoring the sense of dread that’s building. Is this stupidity or a healthy optimism? Or is this something in between?

Greece is currently hell on earth as over 60 people have died in fires there, and I’M surprised that we’ve had a couple of warm days? My nasturtiums have sprouted from last year’s seed, but if we have another heavy frost, which we’re bound too, they’ll sadly perish. I guess our thinking is conditioned by our need to remain optimistic. I have to admit, for example, that I’m keeping my fingers crossed that the late frosts won’t come. One of my apricots is already about to flower and if a late frost comes it won’t set fruit …. perhaps I can allow myself a little wishful thinking? …. a crop of apricots would be such bliss.

But back to the oranges. I’ve planted some of the orange seeds. Apparently people don’t usually grow oranges from seed because they can take 7 or more years to bear fruit, but I think it could be worth the try. I’ve just read that from each seed planted, three sprouts can emerge. Two will be fast growing sprouts which are vegetative in nature and will produce a tree exactly like the one from which the fruit was obtained. The centre, weak sprout, if it emerges, is the genetic or different-than-its-parent growth which should be removed. I’ll try planting the seeds just out of curiosity to see if this does happen. It will be an interesting exercise for the boys too.

As well, in this little warm spell, I managed to plant 23 shrubs and trees yesterday – 12 hazelnut trees (8 different varieties) , a walnut tree, an almond tree, 3 gooseberries, 1 Robes de Seargent Plum, 1 morello cherry, 1 elderberry, 2 roses (which I moved from another position in the yard) and a waratah.

This evening I harvested the most delicious brussel sprouts, broccoli, rocket and mustard greens and made a roast sweet potato, broccoli and currant risotto, accompanied by brussel sprouts tossed in butter & walnuts, and a lovely lemony green salad. All washed down with fresh orange juice. 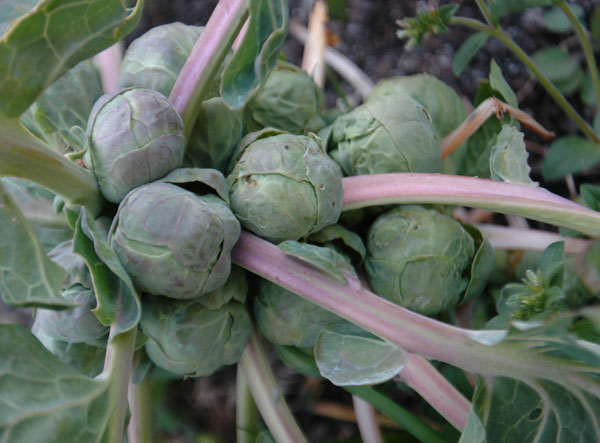 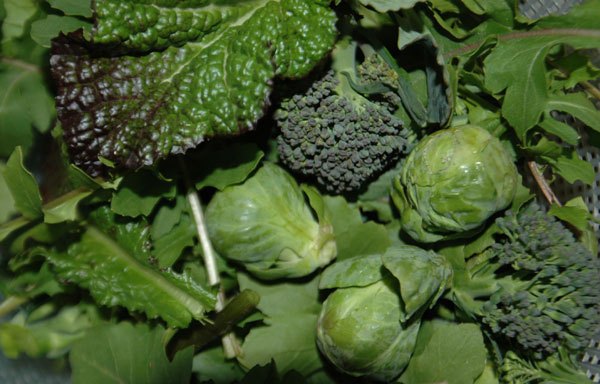 With less than a week to Spring we’ve started building two large garden beds with sleepers. I’m hoping to double the size of my strawberry and potato plantings this season as they’re both crops that use a huge amount of chemicals when produced commercially so it’s even better to be able to grow them yourself.

On the personal action front I’ve failed in every effort I’ve made to encourage Ian to use hankies, but at least I succeeded in getting him to buy the Naturale tissues. We managed to locate these in Woolworths at Lithgow- quite ironic, really, considering the scandal about the misleading labelling on the Woolworths Select range of paper products …. click here to watch a video on this. 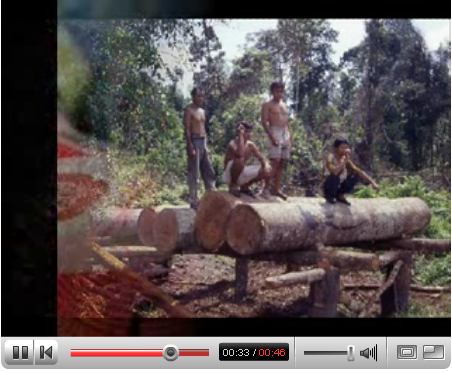 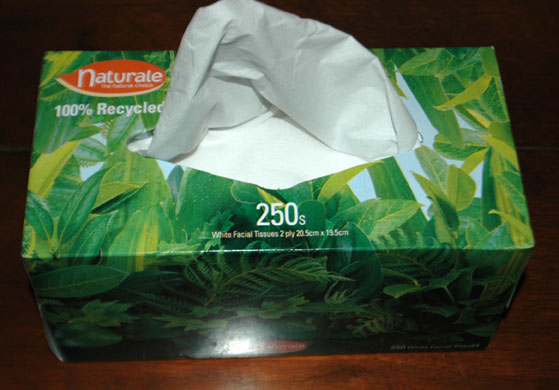 Assuming they’re correctly labelled, the Naturale tissues on the other hand, are 100% recycled, are Australian owned and made, and even dispense their tissues without the use of plastic sleeves – a real bonus!

I’ve also done more scrounging in the last few days- discovered that the huge empty icecream containers from the local cinema (10 litre size) are perfect for compost, coffee grounds, as large freezer storage containers, as containers for small toys, wool, sewing, pencils etc etc There must be thousands of such large catering containers being thrown out around the country while we go and buy containers to store things in. I’m now on the lookout!

I also finally ran out of hair mousse/gel and have started experimenting with making my own ….

am trying gelatine and water v. gelatine and sugar water at the moment. It’s actually interesting to look back over the short life of this blog. One of the hardest actions I’ve taken was to stop using a blow dryer when my last one died. Hah. I hardly even think about it anymore, it’s just become second nature to let my hair dry naturally. One of the reasons I could survive without the dryer, however, was that I use a mousse/gel to give my pathetic fine hair a “boost” …. aaaah, vanity …. now that I’ve run out I’d like to be able to make my own if possible so that I can avoid unecessary chemicals, plastic containers and costs …. our gas bill came back today and, even with all our cutbacks IT IS HUGE … so time to make savings everywhere I can. Not to mention the sense of satisfaction I feel by not allowing myself to be sucked in by a “false beauty” industry. I suspect gelatine, a protein, would also be better for my hair.

On the political front I wrote to Peter Garrett and sent off a GetUp campaign email to Malcolm Turnbull about the Gunns Pulp Mill …. we need as many people as possible to send these off before Friday of this week. Just click here to add your voice

Gunns Ltd’s proposed pulp mill will pour tonnes of dangerous greenhouse gases into the atmosphere and poisonous effluent into Bass Strait. The expected environmental damage will wreak havoc on the tourism, fishing, agriculture and wine industries in the area, and mean the further clear-felling of Tassie forests.

Tasmania’s economic future depends on its clean, green image, not on pulp mills. Independent economic analysis released this week shows the mill will actually destroy more jobs and wealth than it creates. Tell Minister Turnbull there’s no good reason to approve the pulp mill in its current form

My third political action has been to start sourcing films and animations to inspire people to action!

While on the subject of Pulp Mills check out Yung Yeti – the winning animation at the Sundance Film Festival about the fight to stop a tree-eating factory … much like the Gunns Paper Mill … just click here: 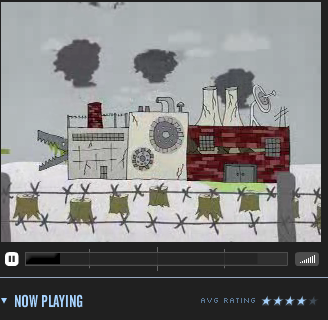 4 thoughts on “An explosion of sunshine”